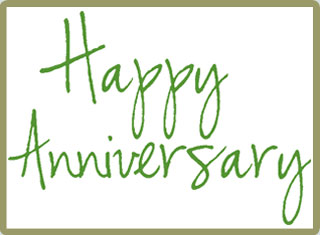 Global players in the CFD and currency trading markets are known for their lavish marketing budgets as they compete in the congested marketplace for retail traders.

Over the last few weeks, two brokers in particular have come to the fore, shouting at the top of their lungs about an uncommon USP. Unlike their peers who glamorise their trading technology, pricing or promotion, UK-based IG & CMC Markets (CMC) are talking about their age!

IG, previously known as IG Markets, is the god-father of CFD trading. The London-head-quartered broker has been a pioneer in the world of financial trading and 2014 was a year to remember. The broker marked it’s Ruby anniversary in November, and it’s not shy about letting people know.

The firm is known as a big spender with annual marketing expenditure topping 50 million US dollars. However, it’s core messaging was overridden by news of its 40th year in the business, a point the broker has taken seriously as it’s marketing reinforced that notion on its website, banner adverts and other marketing materials.

Equally jubilant is CMC Markets, another UK-origin broker that has played a significant role in the country’s margin broking space through its Deal 4 Free solution. For CMC, 2014 marks the firm’s Silver anniversary–25 years in the market. Like rival IG, the history of being in business has replaced its core competences relating to the platform, technology and pricing. With 25 years to talk about, its keeping its anniversary message in the middle of its radar.

Both firms have had their anniversary celebrations during the last quarter of the year, which leads into the lapsed festive period before it rekindles in the second week of January. In a less congested market, CMC is pushing forward with its campaign. The firm is active on mainstream UK portals. One example is ADVN, a multi-asset news portal. The firm has taken central positions on both the top and middle of the page (e.g. taking over the sky banner). 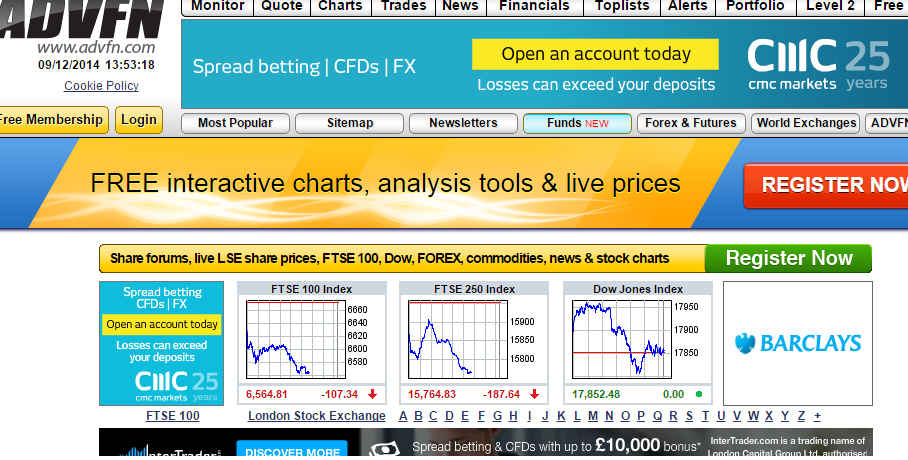 “We usually get a heap of unused inventory in December, but one major broker has managed to help me meet in reaching my targets,” explained a sales manager for a UK portal.

In its outdoor marketing, CMC has done the same. Its messaging clearly acknowledges its 25-year presence in the industry.

The firm has also been pushing its video marketing. On YouTube, the firm is playing its technology video called “Built for Traders by Traders.” Its video labelled “CFD & Forex Trading” has gained sharp viewership in a two-month period. Since launching on the 29th of September, there have been over 69 thousand views. The firm is pushing the video through its Google PPC spend.

IG’s marketing efforts have been shaped around its position as a UK-regulated stock broker offering sophisticated trading platforms and solutions. The firm has been pushing its “New Standard in Stock Broking” message and offers new clients commission-free trading. IG has positioned itself as a provider for active participants that trade in the equity markets through online investing platforms.

The Men Behind the Firms

Both IG and CMC were established by veterans in the London market. IG was formed in 1974 by Stuart Wheeler, a British business man.

CMC Markets was formed in 1989 by Peter Cruddas, who is regarded as one of the most richest men in the “city.”

CMC Markets has had a volatile post-2008 period. Its earnings have seen a roller-coaster ride with profit and loss throughout the period.

In its current filings, the firm reported that it had a $50 million profit before tax. Listed provider IG reported $304 million net income for the year ending May 31st, 2014.

UK-based providers have been strong players in the CFD markets with a large portion of their revenue coming in through stock indices, equities, commodities and fixed income instruments, all traded as OTC products with the firm. However, IG’s indulgence into the world of retail FX through its implementation of MetaTrader 4 was a sign that the low volatile environment meant that it had to source new channels of revenue, hence the firm’s entrance into a market it previously overlooked.

A similar stance with CMC Markets. Although the broker has been true to its promise of deflecting any other platform but its own, it has started expanded its foothold on news and information portals that were uncommon territory for its advertising. CMC Markets has placed its brand on FXStreet, one of the most established portals for traders in the FX markets. At the same time, IG has been advertising on Investing.com, a prominent portal for FX traders. 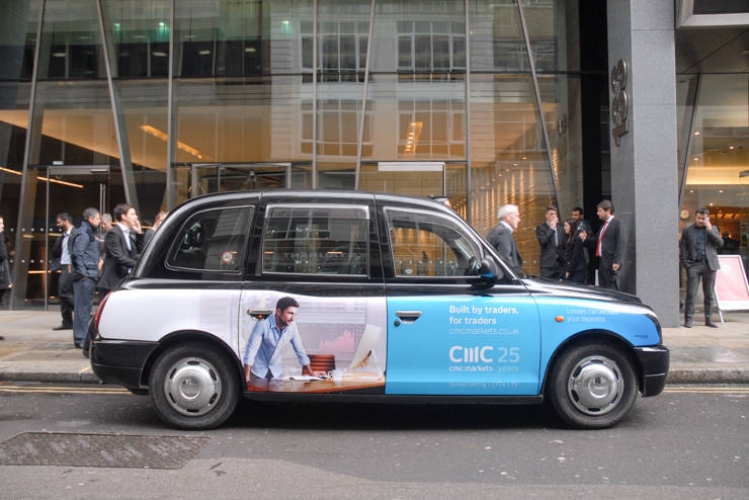 IG, CMC and City Index are the oldest players in the UK market and have been reiterating the facts. Recently, City Index was acquired by broking giant, GAIN Capital. The firm also acquired GFT a mid-tier CFD provider.

The time-factor is a key benefactor for both IG and CMC and their continued reinforcement of their age gives them a value-added proposition that their competitors are unable to fight against. The upbeat marketing spending has its pros and cons for the wider market. On the one hand, as a portal owner your inventory during the sluggish December trading month has been taken. On the other hand, “other” brokers are battling against the giants for space without any bargaining chips!

Would be wonderful if HKEX could also introduces after hours securities trading.