Synonymous with mobile trading in the Forex industry, Trade Interceptor was among the first technology providers to create smartphone apps for trading. Initially providing users the ability to trade with multiple brokers from one interface, the Trading Interceptor mobile app has evolved to include technical analysis, news, alerts and trade from chart capability. During this time, Trade Interceptor’s business model was based on partnering with brokers to allow customers to trade their accounts using the mobile app interface.

Taking trading directly to their user base, Trade Interceptor has announced the launch of brokerage services, aiming to become the industry’s first ‘Mobile Broker’. The move from solely a technology provider to broker, is part of a recent trade which has also seen Ninjatrader and Tradeo become brokers. In launching their mobile brokerage, Trade Interceptor partnered with UK licensed IKON Finance for onboarding of customers under a regulated entity. The deal is similar to that of Tradeo which partnered with YouTradeFX to become a social broker, as well as Ninjatrader which acquired Mirus Futures as they announced their intentions to offer brokerage services.

Mobile trading has come a long way over the past three years, from accounting for low single-digits to upwards of 35% of volumes among major online Forex brokers. Beginning as more of a product to monitor the markets than trade actively due to the small screen real estate, mobile trading has evolved quickly to become trading platforms on their own.

Part of the success has been the creation of apps that aren’t just shrunken trading platforms, but that leverage the strengths of mobile. This includes alert notifications which can be accessed whenever and wherever a user is and scrolling and creating chart formations using one’s finger. As a result, several brokers have noted to Forex Magnates that they have reached the point where they have traders who are more comfortable using mobile versus desktop versions of the trading platform. In Trade Interceptor’s case they will be taking a different path, as instead of converting users to their platform they will be focusing on promoting their brokerage services. 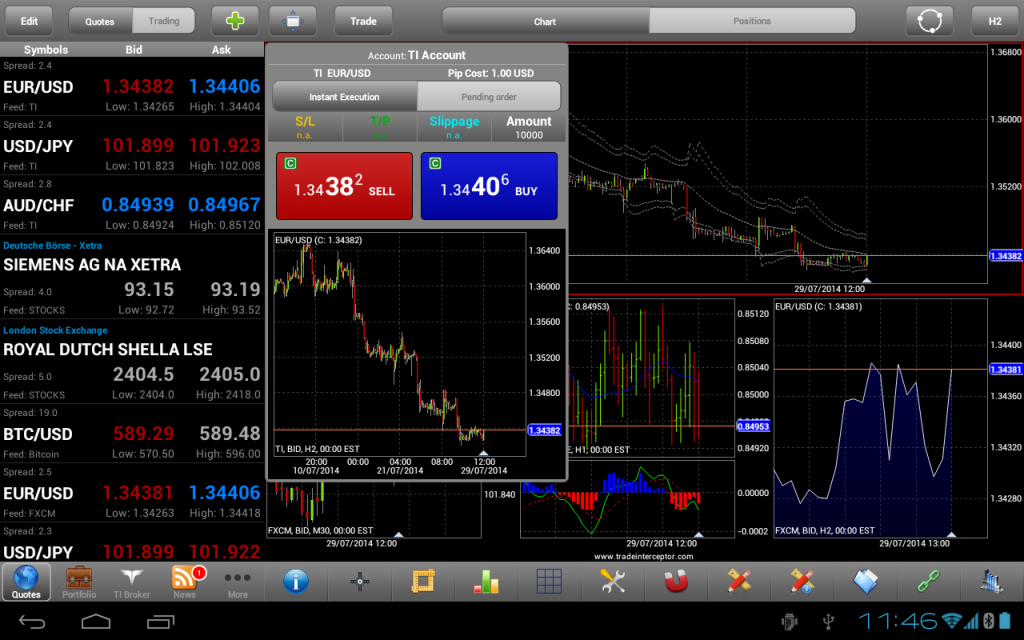