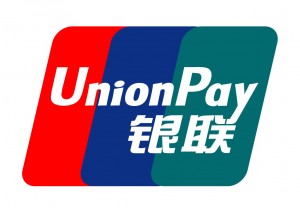 The third largest Russian Bank, Gazprombank, signed a deal to issue UnionPay cards through the Chinese payment system. The move is the first initiative to diversify card offerings away from VISA and MasterCard.

The bank is the third largest in Russia and has been deemed by Moody’s as systemically important. According to the company’s announcement, clients of the bank will be able to open a separate account to link their UnionPay card to their funds, or use an existing account which has already been connected to VISA or MasterCard.

This spring, as the US/EU sanctions hit the operations of other major banks, Rossiya and SMP bank and the payment systems VISA and MasterCard ceased to deal with their clients, and the Russian government voiced its opinion that some alternatives needed to be found.

From the two options which they had (the other being Japanese JCB), the winner was UnionPay which was granted a license to operate in Russia last autumn. UnionPay’s operations are run through a local subsidiary of the Bank of China, named AKB Bank Kitaya.

The first emission will number 100,000 cards building on a partnership which started all the way back in 2009. In April 2014 Gazprombank signed an agreement to extend the company’s cooperation with UnionPay International which includes the new offering.

As the rift between the West and Russia was deepening, in July the Russian Central Bank and the government’s financial and economic departments stated that a bill has been drafted to create a Russian analog to the SWIFT international financial message system.

The move responded to concerns of the Russian government that the country may be excluded from the SWIFT (Society for Worldwide Interbank Financial Telecommunications) payment system, should tougher sanctions be applied at any point in time in the future.

In the beginning of September, as the conflict in Eastern Ukraine was further escalating, UK’s Prime Minister, David Cameron, voiced a proposal to block Russian banking access to the SWIFT system.

However, the response by German Chancellor Angela Merkel, after the EU summit had contemplated new sanctions against Russia, was that there was no discussion of such a move.

Nevertheless, Russia has taken a move to secure its diversification from the SWIFT payment system, discussing with China to set up a system of interbank transactions which will become an analogue to SWIFT.

According to a forecast by BCS Prime, we are likely to see higher inflation figures in Russia by the end of 2014 (8%) and 2015 (7.1%), despite the central bank raising interest rates to current levels at 8%. The ‘tit-for-tat’ sanctions have hammered the Russian ruble to all-time lows and future inflation numbers are very likely to be influenced by this new status quo.

Recent events made ruble liquidity more expensive as rising pressure on price stability is expected to squeeze the Bank of Russia to tighten monetary policy further. BCS Prime forecasts a 25-50 bps hike in the benchmark 1-week repo lending rate of CBR in 2014.

In a recent note on the Russian market, the firm stated, “Should geopolitical risk start to ease, global recovery continues and government plans to raise taxes will not materialize – the official rate could remain stable throughout 1H15 before starting to come down back to 8% in 2H15.”

Too bad none of these conditions are likely to be fulfilled. Adding to the pressure on the local currency market are dropping oil prices which are now at key technical support levels just below $100 (for Brent crude).

The Bank of Russia has been aiming to introduce free float trading for the Russian ruble in 2015, this goal now seems unachievable as the lack of central bank intervention could unleash even more dramatic moves on the currency markets.

Unless we see higher geopolitical and oil price risks going forward, we expect the ruble to remain in the current range until the end of this year. We now forecast the ruble to trade at around RUB37/$ by the end of 2014 and at RUB37.7/$ at the end of next year.

Share this article
Tags: brokers / swift
Got a news tip? Let Us Know