Swiss FX broker and online bank, Swissquote, has announced mixed results for the first half of 2014. The acquisition and integration of MIG Bank is behind schedule and is the main reason given by the group for both the growth in revenues and expenses.

Swissquote failed to reach its goal of $500 billion trading volume in H1 (it was actually 12.5% below), which it blamed on low volatility and moved the volume goal to H2 2014.

The integration of MIG Bank which was acquired at the end of September 2013 is behind the schedule the group set, but Swissquote now states the integration will be completed by the end of the third quarter of 2014. 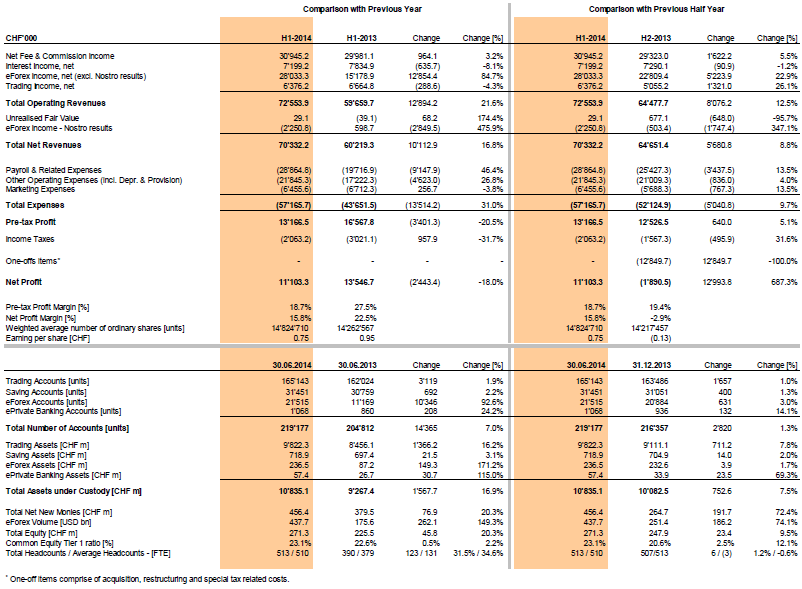 Share this article
Tags: brokers / swissquote
Got a news tip? Let Us Know

Swissquote/MIG Bank is losing constantly customers/clients. I know from an insider that client accounts and average client assets are depreciating by a factor of 7-8% per month since acquisition of MIG Bank. The reason is very easy: MIG Bank spreads/pricing are/is not competitive anymore! The best indicator for Swissquote´s business is its share price. At the start of the year the share price was at 39 CHF, now at 32,45 CHF.