The number of working days must have been behind the monthly increase as the daily average trading volume in December 2015 was just $9.8 billion, lower than the previous month and even further away from the $11.4 billion ADV that Saxo Bank experienced in March 2015. The YoY comparison of the ADV figure also shows a fall from December 2014’s $12.5 billion. In addition, after going up the previous month to $11.41 billion, the clients’ collateral deposits for trading went down slightly to $11.29 billion. 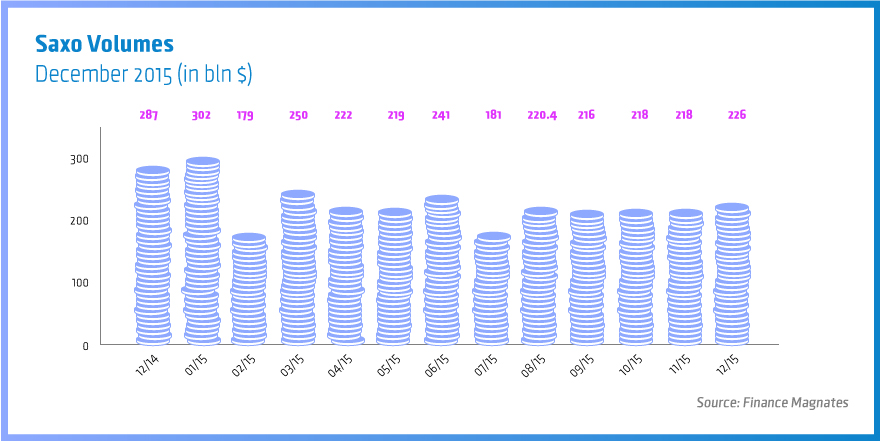 Last month the company also announced several upgrades to its SaxoTraderGO platform, including performance on mobile devices and on personal desktop computers. Among these is a completely new Android app, replacing the older version, that provides push notifications on trade and order confirmations. On the iOS side, the SaxoTraderGO app for iPhones and iPads now offers Touch ID login to the platform on new devices that have Touch ID capabilities.