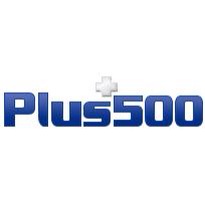 Plus500 reports a sharp rise in key financial metrics for the year of 2014. The FX and CFD brokerage firm has been a catch for investment banks and asset management firms and the current results reflect the firm’s position as one of the fastest growing companies in the margin derivatives sector.

Revenues increased 99% from figures reported in 2013, reaching $228.9 million, with the firm’s net profit also in the green rising 102.6% to $102.5 million. The news gives a much needed boost to both the forex and CFD trading industry, as well as to the London regulated broker.

Plus500 was a recent entrant to the UK listed market, joining hands with brokers such as IG and London Capital Group, the firm went for an IPO on the AIM listed market.

Gal Haber, Chief Executive of Plus500, commented in a statement: “We are delighted to announce another year of strong growth, once again achieving record levels of both revenue and profits with an increase occurring in almost all countries in which we operate. In particular, the Company saw a strong finish to the year as volatility in the financial markets resulted in greater trading on our platform.”

Among the metrics, the broker also reported continued growth in the total number of traders, the broker reporting over one hundred thousand traders.

Mr. Haber added: “Looking ahead, we continue to build our brand online as well as through traditional offline channels such as sponsorship of Atlético Madrid Football Club. We are also maintaining our technological lead through innovation and development to give our customers ease of access to our platform via the PC or any mobile device. The Board believes that its marketing efforts to reach new customers will continue to give the Company momentum resulting in sustained strong growth in 2015.”

Share this article
Tags: brokers / plus500
Got a news tip? Let Us Know