Plus500 (LON:PLUS) continues to defy gravity when it comes to performance expectations. The firm’s revenues for the third quarter of the year totaled $116.5 million. This is a whopping 50 percent increase from a year ago.

The metrics reported by Plus500 this quarter are record-setting across the board. But the most notable statistic is the massive decline in user acquisition costs. The company paid $689 on average to attract new clients. All the while, the firm’s average revenue per user continued increasing, yielding an increase of 11 percent higher year-on-year to $1,232.

The firm’s marketing machine continued performing briskly with the record results attributed to successful retention and new client onboarding efforts. Earnings Before Interest, Taxes, Depreciation and Amortization (EBITDA) more than doubled, totaling $70 million in Q3, up from circa $33 million in Q3 2016. 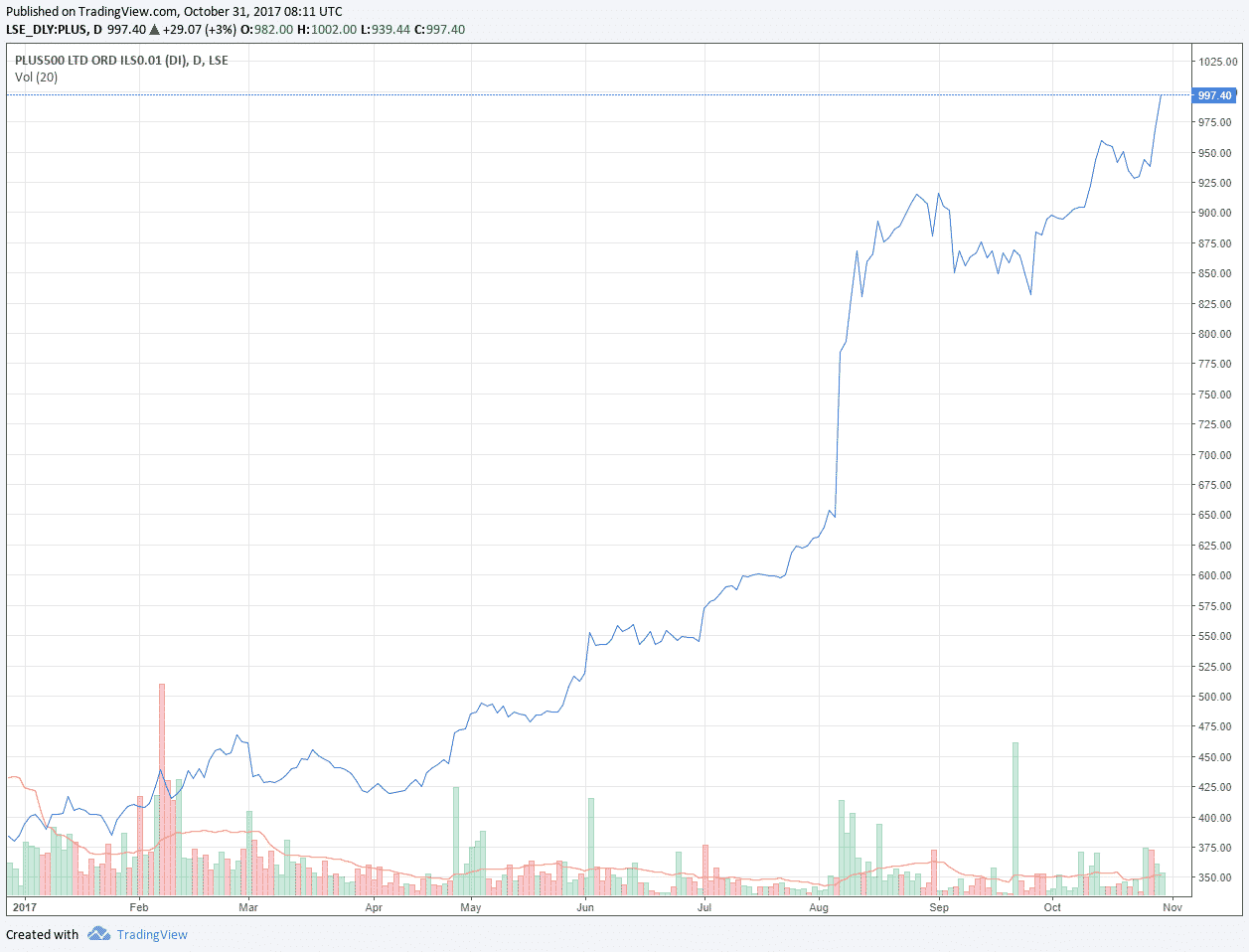 Plus500’s EBITDA margin totaled 60 percent. The figure is 17 percent higher when compared to the previous year. The firm’s record results have also boosted the cash stock at the company to $203.9 million.

The company is exploring new licenses and is heavily committed to continued investment compliance. With the existing regulatory frameworks on track for reshuffling, especially in Europe, Plus500 seems to be well prepared for any upcoming changes.

The firm’s CEO Asaf Elimelech commented on the earnings report: “Our results for the third quarter continued the strong progress of the first half, with record revenue and a record number of new and active customers. With this positive momentum, we are on track to achieve results which are ahead of our expectations for the year as a whole.”

The company’s shares traded up almost 5 percent after the London Stock Exchange opened. The firm’s shares have increased in value 166 percent since the start of the year.

Share this article
Tags: marketing / plus500 / revenues
Got a news tip? Let Us Know