A general trend is emerging which indicates that worldwide trading volumes across the board are on a path to not only recovery, but to levels exceeding those of one year ago.

This perhaps demonstrates that those companies with business in the Japanese market have recovered from the impact on their business the restrictions on leverage imposed, last year causing great concern for most brokers as they experienced declining volumes across the board, mostly in North America and Japan.

In some cases, the decline in volume prolonged its impact, as demonstrated by IntercontinentalExchange, whose FX volumes were still floundering in November last year.

Alpari is the latest company to announce a significant increase in monthly trading volumes, culminating in a record month totaling over $230 billion for the period between 1st and 28th February 2013. This was up from $210 billion in January.

Daniel Skowronski, Chief Executive Officer, Alpari (UK) Limited, commented, “This record-breaking trading month is a testament to our business strategy, excellent product offer, service ethos and the hard work of all the teams at Alpari which has enabled the business to take full advantage of upswings in market volatility.” 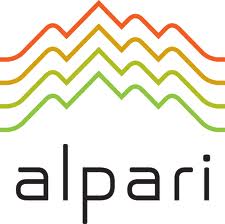 2013 will likely become an interesting year of evolution for Alpari, as the company went high profile in late February by branching out into sports sponsorship with a deal to sponsor English Premier League team West Ham United, as well as extending the Alpari Academy across the United States as a means of garnering new business after its success in Russia.

Among other companies which posted record volumes for February was FXAll, whose volume was up 8.7% from that of the previous month, and DMM Securities which reported a staggering $724.34 billion in January alone.