Japan’s Monex Group has today reported its business metrics for the month ending December 2015, showing the first recovery in its FX volumes since suffering declines for three consecutive months. The monthly FX trading value for all subsidiaries of Monex Group Inc totaled $29.5 billion in December, up about 30.5% from $22.6 billion in November 2015 and above October’s figure of $28.2 billion.

It is of course good news for the Japanese brokerage that it was able to stop the month over month decline in FX trading volumes, but in truth the December rebound isn’t very impressive, all things considered. First of all, the two previous months were both the lowest on record in terms of FX trading volume in 2015. Secondly, looking at the figure with a year-over-year comparison, we see just how low the bar was set as the figure is down over 45% from December 2014’s $53.9 billion. We can also see that the monthly recovery can be explained in part by the fact that the number of trading days in December 2015 was 21, while November only had 19 full business days in Japan. 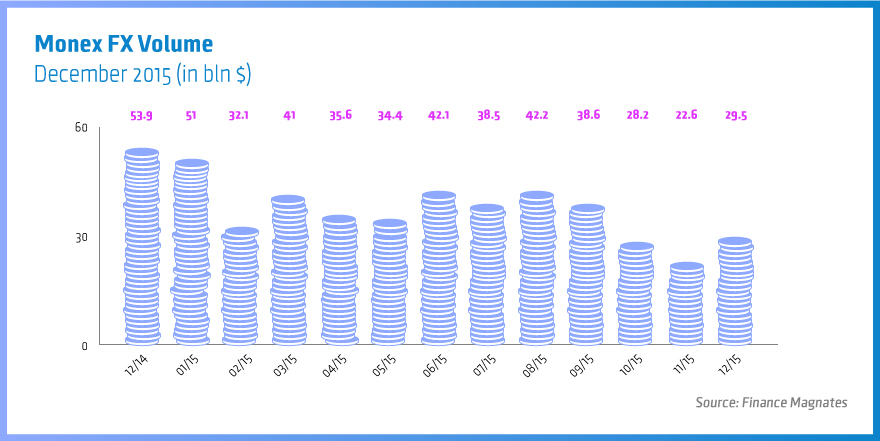