In a year that will be remembered mostly because of the COVID-19 pandemic and restrictions, one Japanese firm broke an important forex volume record. Global lockdowns, political turbulence, and economic uncertainty drove currency markets‘ volatility to new highs, and several brokers, including GMO Click, benefited from it.

The most volatile period in 2020 was Q1 when the pandemic started to take its toll in one country after another. March was the month when FX volumes in some cases almost doubled compared to the data for January. Surprisingly, though in Q1, GMO Click was not the leader in our FX volume rankings.

The real strength of GMO Click was seen in the remainder of the year. While later volatility was not as high as in March, GMO Click managed to generate impressive monthly volumes higher than its global competitors. Eventually, GMO Click finished 2020 with an impressive result of $1,073 billion of monthly FX retail volume. Though, no other brokers had an annual result above the $1 trillion mark. 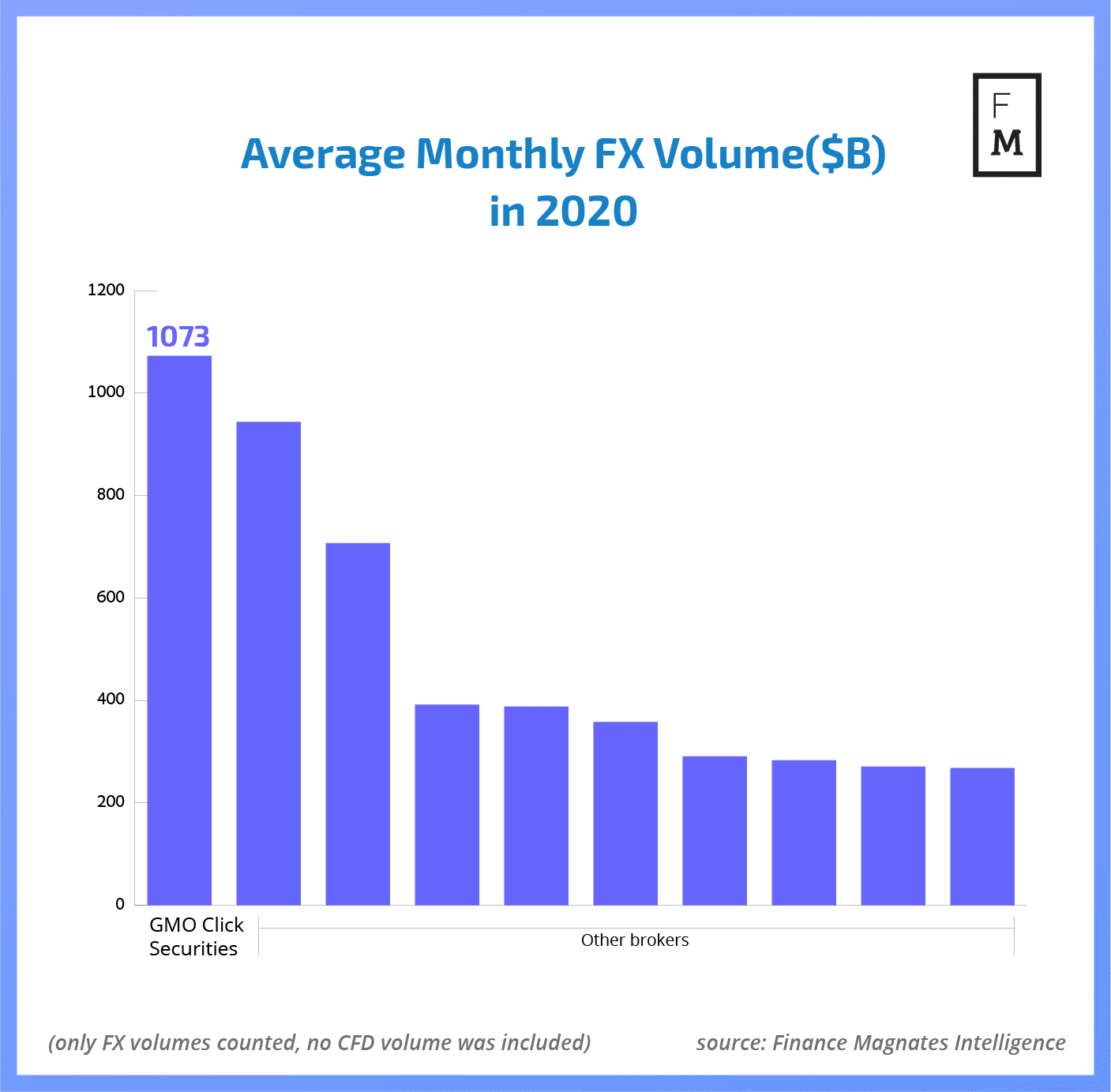 Only two other brokers in our rankings managed to have an average monthly FX volume above $500 billion. All remaining GMO Click’s competitors had results below the $400 billion mark. The best performing non-Japanese broker was third.