The Financial Futures Association of Japan (FFAJ) reported that the volumes of over-the-counter forex margin trades in October shrunk by 31.1 percent to 377.4 trillion JPY ($3.08 trillion). The figure for September stood at 547.8 trillion JPY ($4.47 trillion).

The open positions in the segment at end-October totaled 67,786, almost unchanged from the 67,765 positions at end-September.

The FFAJ noted in its report that the month of October has seen a sharp turn for the worse in terms of trading volumes, without providing any possible reasons for this reversal. However, it could be attributed to lower market volatility, which supported the steady volume growth in previous months.

In September, the trading volumes in the OTC forex margin segments registered an 11.4 percent monthly improvement, with open positions also rising from August’s 66,614. 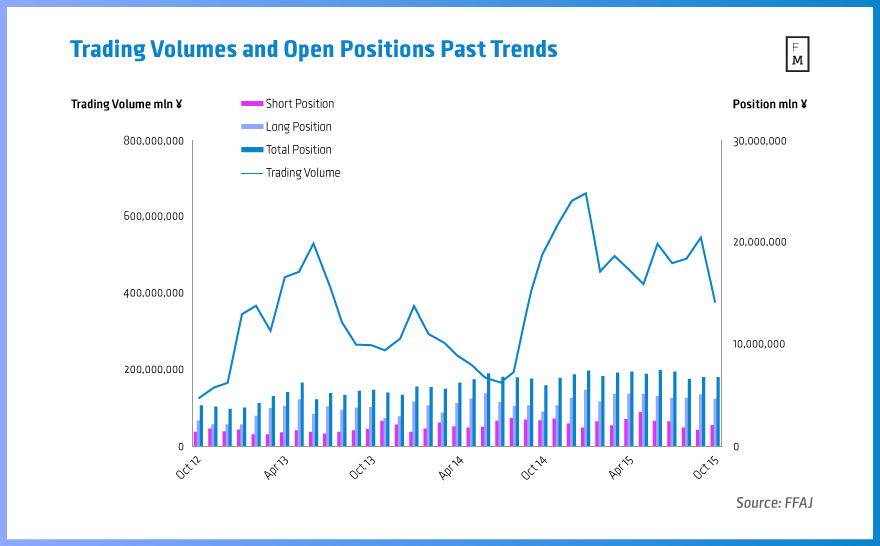 In our report on the September 2015 figures, Finance Magnates noted https://www.financemagnates.com/forex/brokers/retail-fx-trading-volumes-in-japan-pick-up-speed-in-september/ that the growth seen between July and September must have been very welcome for Japanese forex brokers after a slump in trading volumes at the start of the year.