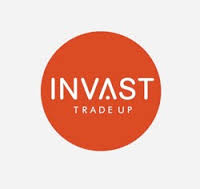 With trading volumes shining in January after a bleak December across trading venues in the margin FX arena, Invast Securities, a leading Japanese brokerage firm has complemented the good news with strong earnings data. The broker reported January operating revenues and clients assets. Revenues were up from figures submitted in December marking a strong start for the broker who saw revenues gradually decline in 2013 from August till year-end.

The broker issued earnings data on its corporate website. Operating revenue for the month of January was $3.1 million a 13% uptake from $2.68 million reported in December. The lowest figure for the year was reported in November where the firm reported revenues of $2.56 million. In addition, the broker reported that it held $704 million in client assets in January, a 10.6% reduction from figures reported a year earlier.

Japanese brokers have reported third quarter earnings for the fiscal year ending March 2014; overall profitability was up despite declining volumes in the second half of 2013. MONEX Group saw an increase in operating revenue and total income. At the same time, GMO Click saw income up 14%.

Japanese brokers saw a surge in activity in the first half of 2013, with several brokers crossing new records in trading volumes. The moves came on the back of sell-offs in the yen after interference by the country’s central bank governor. A weak dollar is preferred by Japanese corporates as it bolsters the export market. The dollar strengthened today after weak US jobs data ended the week with caution for traders.

Apart from activity in the Japanese yen, Invast Securities reported in December 2013 that it saw a surge in trading activity in the AUD USD instrument. Trading volumes in the pair skyrocketed in October with the broker seeing a 24% increase in client trades.

Japanese brokers have only recently started their global expansion, Invast was one of the first Japanese brokers to gain a domestic license in Australia under ASIC. The office was launched in the first quarter of 2013.

Under its Australian arm, the firm offers a range of financial instruments on the popular MT4 and cTrader platforms.