In contradiction to the FX volume record, trading in exchange products on GMO’s Click 365 solution totaled only 580,093 contracts in December 2014, which is down from 637,639 contracts in the month of November (about a 9% drop month-over-month). 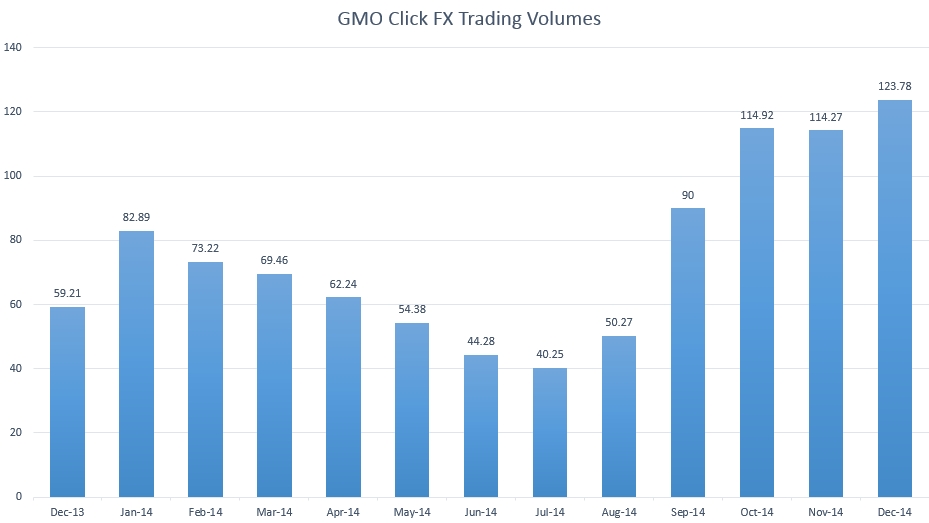