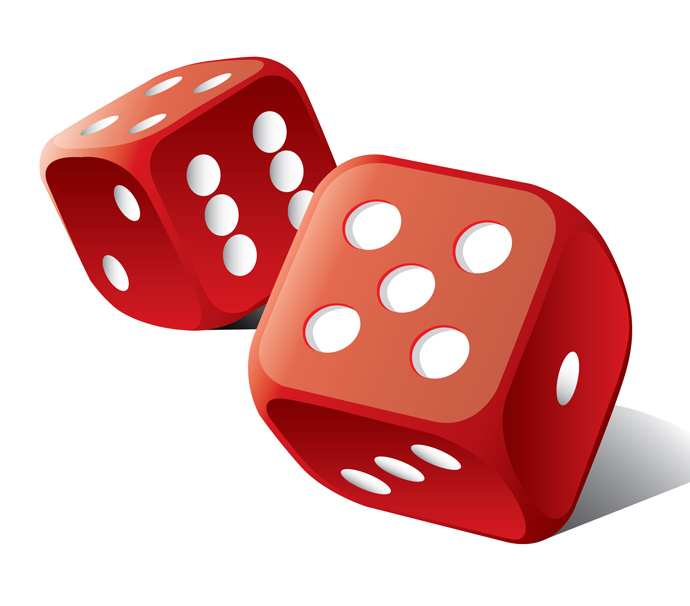 A recent entrant to the UK financial investment scene, Financial Spread Betting (FSB) has caused waves during its twenty-year stint as an alternative investment tool for profit seeking investors. The product has been recognised as a regulated, trusted and widely used asset class among UK investors, some of the most financially literate on the globe. Recent data from an industry report points to a slowdown in client numbers. However, market participants feel financial spread betting has taken the next leap with more advanced traders transacting in higher numbers, thus discounting the notion that FSB is nearing troubled ground.

Financial spread betting, a financially traded contract (derivative) which provides a market on global major and minor instruments such as; indices, FX, equities, bonds and commodities has been one of the fastest-growing asset classes during the last decade. Its primary attraction among UK investors has been its tax haven, where profits on trades are exempt from the tax man (or woman). In addition, it ticks all the boxes for traders who are active in futures and CFDs.

2013 has been an interesting year for FSB firms with talk on both side of the spectrum, the growth story and the demise story.

ETX Capital, a London-based CFD and spread betting provider has been on the right side of the market in 2013, a spokesperson for the company informed Forex Magnates in an emailed statement: “Another strong year for ETX; we have continued to enhance our technologies, upgrading our advanced trading platform and enabling it for usage on the iPad.”

One of the UK’s well known providers, CMC Markets, has reported a decline in overall client numbers but an uptake in trading volume, in its 2013 annual report. In 2012 the firm had 75,627 global clients, this figure dropped dramatically by 26% in 2013 with 55,980 traders on the companies books. However, despite the drop in client numbers the firm has bagged promising turnover of trades, for 2013 (annual report 2013), total trading was valued at £1,287bn, 5% higher than figures published a year earlier at £1,221bn.

Market strategist at ETX Capital, Ishaq Siddiqi described the company’s trading metrics in a comment to Forex Magnates: “The market last year has been a tale of two stories – 1Q was fantastic with the risk appetite buoyant across the board, an uptick in volumes as global stock prices rose to multi-year highs on continued central bank activism [Fed keeping QE alive, BOE and ECB keeping accommodative stance] and we saw a rotation out of bonds into equities.

In 2Q and 3Q, we saw volumes drop off, with the summer lull taking its toll together with the upcoming budget showdown in Washington. By 4Q so far, September has been our best trading month of the year as investors feel comfortable with the prospects of a delayed  Fed tapering, given the US economic recovery is still fragile and that lawmakers in the US will have to re-address the fiscal situation next year.”

Spreadex has seen positive activity in 2013 in comparison to 2012, Andy Mackenzie, Marketing Manager at London-based Spreadex commented to Forex Magnates about the firms performance: “In terms of actual financial trade levels, we’ve seen the number of trades increase hugely by 120% for the first 9 months of 2013 compared to the same period in 2012 while new account numbers have also been very positive, jumping 69% for the first 9 months of this year compared to last year.”

In addition, the sports and financial instruments provider issued a profit statement in August 2013, which stated: “Profits before tax rose to £14.4m for the year ending 31 May, 2013 compared to £11.5m for the same period a year earlier. Turnover increased to £29.4m from £25.7m a year earlier.”

Cantor Fitzgerald, a leading international financial services firm dissolved its financial spread betting offering earlier in the year. In March 2013, the firm decided to dissolve its FSB business, it sold the non-equity clients list to competitor Spreadex, a UK-based sports and financial spread betting provider. In a statement to the media about the client migration, Charles Knott, Director of Cantor Fitzgerald Europe, said: “Along with Spreadex, which is one of the leaders in the spread betting market, we are ensuring that this will be a positive and seamless transition for clients.”

‘One man’s loss is another man’s gain’

The UK spread betting environment was not saddened by the closure of key players, in the world of financial trading a threat is certainly taken as an opportunity. In 2013, the UK saw new players enter the spread bet arena, including; Intertrader, Ayondo, Power Capital Markets (9Dragonspreads), Atom8 and T1ps Spread Betting.

Shai Heffetz,  Managing Director at Intertrader commented about the new product launch which is debugging the myth of b-book trading in spread bet markets, Intertrader has launched a so-called fully STP service, he said: “We believe that your broker should be on your side. That’s why we’ve created a direct and transparent trading service – for both spread betting and CFDs – founded on our 100% hedging policy. So we never have a vested interest in whether our clients are making or losing money.”

In addition, the spread betting bazaar got its first touch of social trading with the launch of Ayondo, a fully social enabled copy trade service for UK and Irish spread betting clients.

Setting the trend in Bitcoin:

UK-based spread betting firms were some of the first broker dealers to come forward with a Bitcoin tradable instrument, IG Markets and Spreadex were the first to offer Bitcoins in the first half of the year when Bitcoins started gaining real traction with major price hikes. Andy MacKenzie, a spokesperson for Spreadex spoke about the launch of the service in April 2013, in a statement, he said: “No-one is truly sure how important this form of currency could become. However, we have already seen demand from our client base to be able to gain leveraged access to trade Bitcoin price movements, which is why we have launched this new market.In essence, the currency is viewed as digital gold and as a potential inflation/devaluation hedge.”

Is volatility affecting the FSB environment?

The state of the market has had a direct impact on operating metrics such as; client acquisition and trading volumes. This is due to lower volatility and ongoing uncertainty in key areas such as; tapering which is keeping traders on the sidelines, coupled with a bull move in global equities since 2011 low markets are nearly 40% up with the DWJI and S&P500 hitting fresh highs.

The crux of uncertainty during the 2008 recession had a positive effect on the market as UK spread betters were active during the midst of the crisis. FSB gave investors the ability to safeguard declining stock portfolios with short spread bet trades.

Spread betting is undergoing change, in line with the FX and CFD markets. Its changing from ‘traditional trading styles’ and accepting advancements such as automated trading, the take up of algorithmic trading has been pivotal with a large number of traders using the popular MT4 for EA trading. Smart Live Markets (now GKFX) was the first UK-based firm to launch spread betting, currently there are over five players offering FSB on the world’s most popular trading terminal.

The recent trend of social trading hasn’t fully caught on apart from one main player offering a full social service, however with the next generation of social media traders entering the market Forex Magnates expects this niche to develop over the next 18 months, with all major providers offering a copy and follow me solution.

Taking the tax-free out of FSB:

The current data (industry report on UK spread betting market 2013) shows that the market has had a degree of deceleration and firms will be fighting hard for the same client. However, an unnamed user of the research is not convinced that it shows the real picture. The research firm in question conducts surveys with traders and asks a range of questions to understand their trading behaviour, respondents are clients of participating brokerages and research/news portals, after collating the data the firm runs a series of algorithms to determine its final verdict. Without disclosing specific facts and figures the individual stated in a comment to Forex Magnates: “When we record our actual client numbers to those provided by the research, we saw that there were major differences.”

Arek Okrasa, a London-based tutor with London-Trader, for several spread bet traders, shared his experience of new traders during the year, he states in a comment to Forex Magnates: “I haven’t seen much difference to the norm, although the Royal Mail IPO brought lots of new non financial people who were keen to understand how it all works. Overall its been a good year with a number of spread bet virgins learning about the markets through my courses.”

Financial spread betting is becoming part and parcel of investor behaviour and decision making process. It empowers self traders, a market that has benefited from increasing financial literacy as well as private individual trader’s ability to take ownership of their investments. Forex Magnates believes the UK FSB market will undergo considerable change over the next twelve months and a new wave of innovative products will revamp the sector.

FSB undoubtedly is here to stay.

I know the article says April 2013 for trading Bitcoin but try trading it with IG or Spreadex now. The firms have closed and/or indefinitely suspended their BTC markets. That’s been the case for a while now. A few CFD firms offer BTC but those markets have prohibitively wide spreads. Re: Social Trading, you’re right, it’s not caught up yet in the UK and/or with spread betting. A shame but a lot of that is to do with FCA regulations and not the willingness of the firms to offer copy-trading / follow-me trading. With this kind of trading, one non-regulated-individual-trader… Read more »