Dave Lemont is leaving his position at Currensee after serving as CEO since 2009. The executive revamp at OANDA goes on now that Currensee’s social trading platform is fully integrated into the full spectrum of the Canadian brokerage’s platform offerings. Mr. Lemont has been running a number of successful startups since the beginning of the dot-com era and his expertise was a major factor behind Currensee’s success.

During the course of the day sources close to Forex Magnates’ correspondents reported that Currensee’s CEO, Dave Lemont might be leaving the company for good. After reaching out to OANDA we received a statement from the firm that confirmed the executive departure and provided some details for the announcement.

The company stated, “With the successful integration of OANDA’s world-class fxTrade platform and Currensee’s proprietary copy-trading platform, Dave Lemont has decided to leave OANDA. He will continue with the company as a consultant reporting directly to Vatsa Narasimha, the broker’s Executive Vice President and Chief Strategy Officer.” 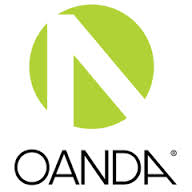 Vatsa Narasimha has commented in the company’s statement, “OANDA acquired Currensee in September 2013 and harnessing the strength of the two engineering powerhouses, the OANDA Trade Leaders Program was released for MT4 clients just eight weeks later. The full integration with our fxTrade platform in March positions OANDA as a leader in the copy-trading space. Dave was instrumental through the integration process and will continue on as a valued contributor, as OANDA evolves our expertise in this space. Copy trading is a key part of our service offering, and alongside it we will continue to innovate and provide our clients with best-in-class products and tools for the retail forex industry.”

It is apparent that OANDA’s management reshuffling is still ongoing, or maybe this move is the conclusion of this transitional period in the firm’s history. A possible takeaway from this latest move is that OANDA’s management is seeking to shift to a more centralised organisational structure. We can only speculate whether such a bet would pay off, however with a mature business model such as OANDA’s, one could argue that any further centralisation might lead to excessive bulkiness of operations – something that costs dearly in the forex industry if history is any guide.

The business characteristics of the forex industry require substantial flexibility and a certain amount of wide spectrum vision to maintain competitiveness. There are three key variables that can always affect the profitability in forex – technology, regulation and the markets themselves (after all clients need to be attracted to a market that provides opportunities).

While OANDA used to excel in the first field and has indeed created a business from scratch starting back in the 90’s, a constant evolution of the forex business landscape and the ever-increasing number of competitors have been gradually catching up on the firm’s performance. The regulatory strike has hit pretty much all FX related North American businesses heavily in the past couple of years, catching the company unprepared. With the third factor being the markets, which are definitely beyond the firm’s capabilities to control, current management does not have much room for mistakes.

A successful executive has left the management structure at OANDA, and despite the claim that Dave Lemont will stay close as a consultant, it might just not be the same without him being at the helm of his own Currensee division.

Throughout the past 15 years Mr. Lemont has served as CEO at several startups, including Revit technology that was acquired for $140 million in 2002 and AppIQ which was an even bigger success. In the three years with Mr. Lemont at the helm of the company it grew from a $30 million venture to an acquisition target for none other but Hewlett Packard – a deal that was concluded in 2005 for a total of $280 million.