Japan’s second largest retail Forex broker by volume, DMM Securities, has just released its December 2014 volumes showing a another positive sign for month-on-month figures after a five months straight growth for the broker.

After a major surge in volumes in January 2014, the trading volumes for DMM have fallen month-after-month until August. Since then the volumes have only been rising thanks to the volatility in the popular YEN/USD currency pair.

DMM FX has also announced a change to the trade settings of its Australian branch today. “Due to company policy changes,” all customers of DMM FX Australia will now be unable to trade during economic news releases. 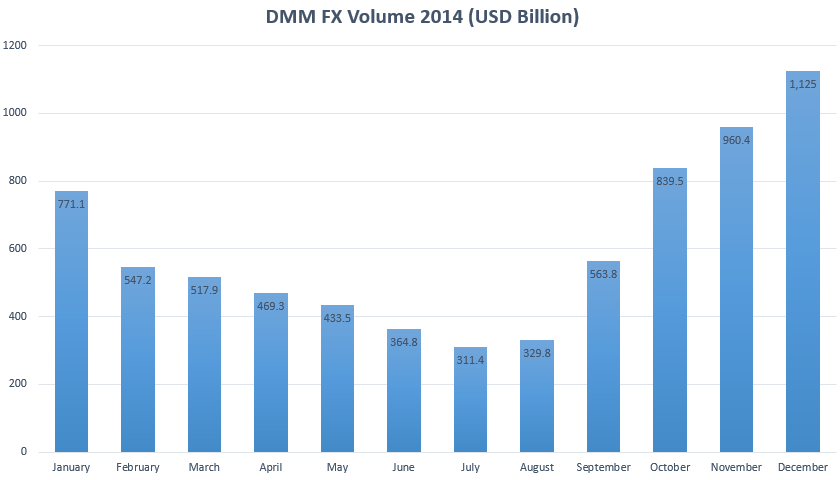 […] unused. Many companies have been trying to take advantage of those unused gift-cards. PayPal has begun accepting gift-cards at checkout, and websites like CardCash.com created a gift-card exchange platform where users can […]