The total client FX trading volume in January 2015 for DMM was an incredible figure of $1,316.2 billion (154,646 billion yen), up by about 17% from $1,125 the previous month. The figure is even more impressive in a yearly comparison as it represents a 71% rise from January 2014, which itself saw a major surge in volumes compared to the period before.

Since August 2014 the volumes have only been rising thanks to the volatility in the popular YEN/USD currency pair caused by “Abenomics.”

Rival Japanese brokerage GMO CLICK Securities has reported similar positive monthly metrics in January 2015, showing a jump of about 14%, beating its December 2014’s high mark. However, GMO CLICK’s figures fell short of DMM in January 2015 and the previous month, ceding the title of the number one retail FX broker in Japan to DMM. 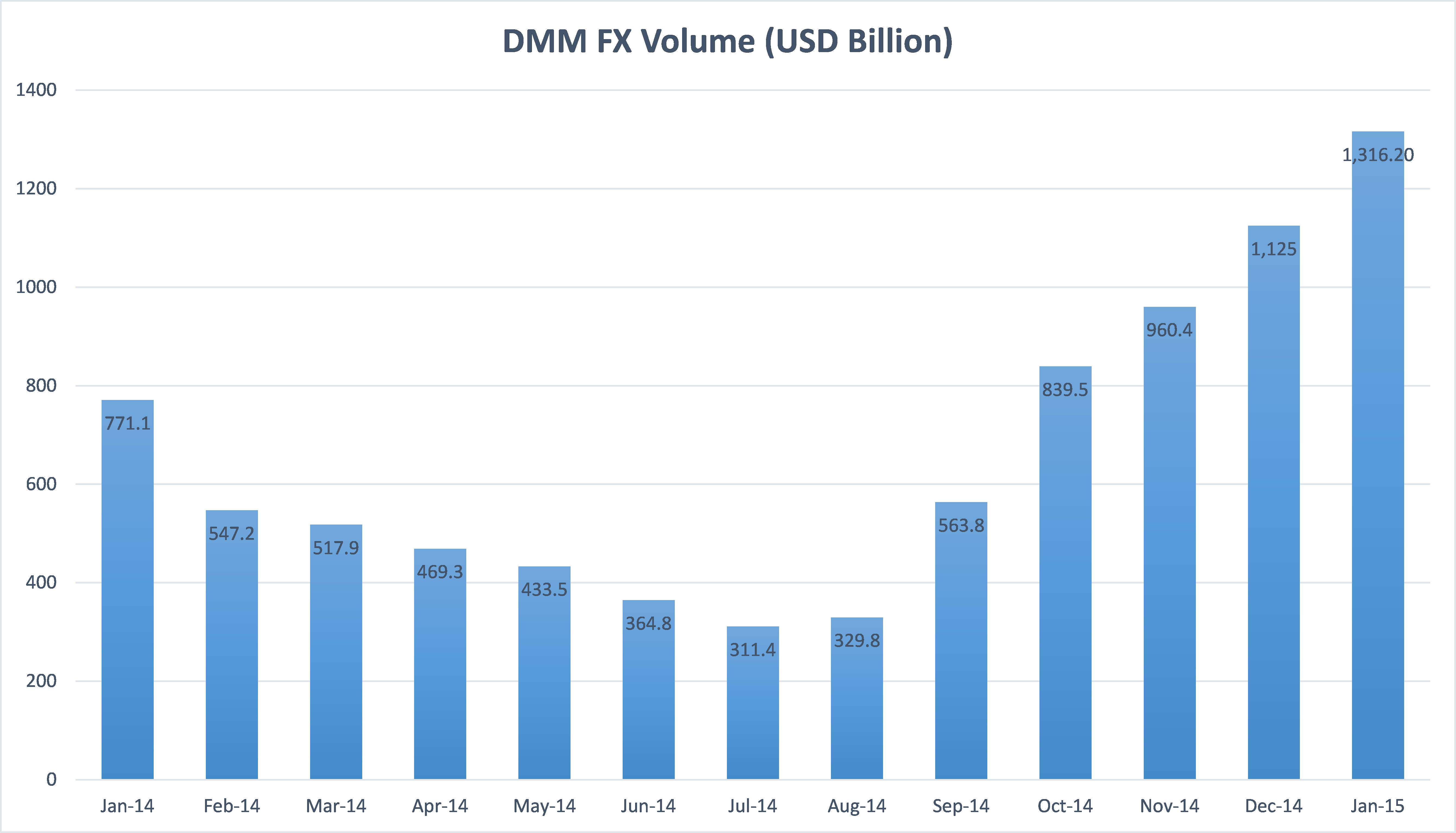