The latest monthly figures from Japanese brokerage DMM, are showing that trading volumes in April 2015 have lost any momentum they might had.

The total monthly figure amounted to $797.1 billion (¥95.1 trillion), which is lower by about 8.8% when compared to March 2015. This drop broke a two month rising trend for DMM volumes and brought the figure to levels unseen for the past six months – below the $800 billion mark. 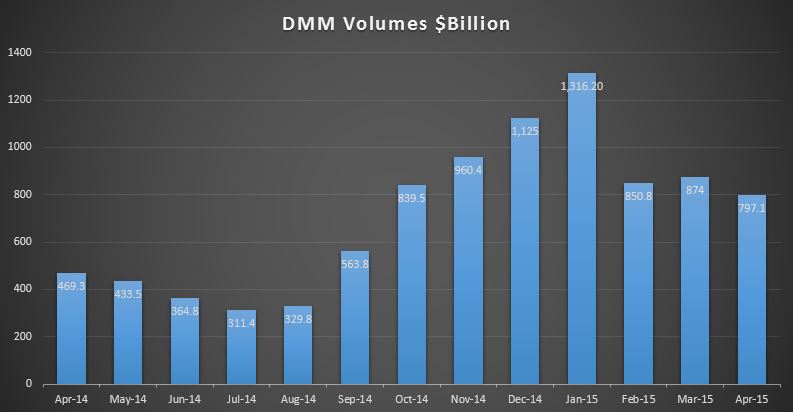