Shares of London-based trading provider CMC Markets ‎‎(LSE: CMCX) fell 22 percent on Friday after the company slashed its guidance on revenues as trading activity was subdued over the first two months of 2019 and client activity decreased following regulatory changes.

CMC shares tumbled more than 50 percent from highs of June 2018 after the company warned that its exceptional performance last year was unlikely to be repeated as the FCA and ESMA crackdown on online trading platforms. 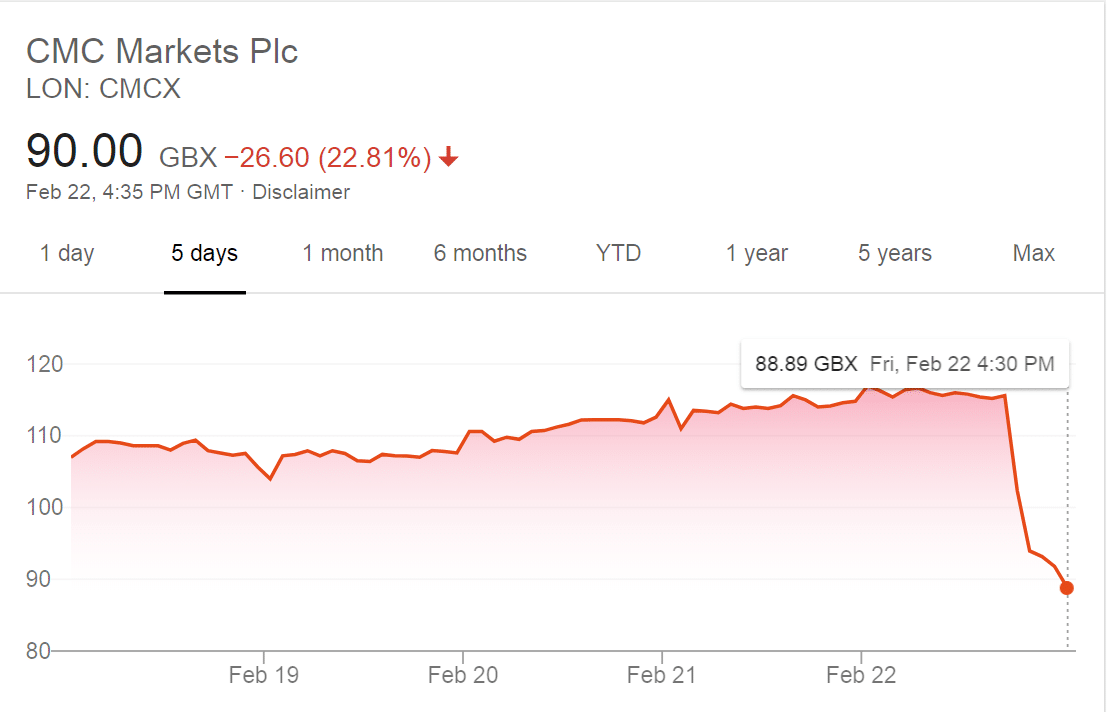 The spread-betting specialist has warned that revenues for Q1 2019 will even miss its previous weak expectations, with tighter restrictions on the sale of leveraged products to retail investors having a more severe impact than initially anticipated. CMC Markets expects its proceeds from CFD and spread bet trading to be lower by 25 percent to 35 percent from a year ago, and relative to its previous guidance that called for a 20 percent reduction year-on-year.

“Following an encouraging start to Q4, market conditions have been challenging from a revenue perspective in January and February 2019, with exceptionally strong client performance, particularly around commodities and FX,” the company said.

2020 earnings to remain in line with forecasts

CMC Markets, headed by one of the most prominent supporters of Brexit, said that its first quarter had also been hurt by sustained low market volatility.

“Client turnover has decreased due to narrower daily ranges in major products, although client money continues to remain strong and active clients remain stable. We have continued to build our understanding of client behaviour under the new regulation in these different market conditions, and continue to adapt accordingly,” it further explained.

CMC Markets, however, tempered fears somewhat, saying that the overall impact on profitability in the next years would be mitigated by tight cost controls. The company said that there is no change to its outlook for 2020 net operating income, which its management expects to be in line with current market forecasts.

CMC rival Plus500 also warned this month that ESMA’s new rules would mean profit would be “materially lower than current market expectations” this year, with revenue is also expected to fall.

Share this article
Tags: CMC Markets / plus500
Got a news tip? Let Us Know