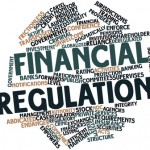 Following last’s week Swiss franc volatility and fallout, which leverage played a large part in, speculation arose that the event would trigger a focus on margin requirements by regulators. In what could be the first of many similar announcements from global regulators, the US National Futures Association (NFA) has become the first major financial supervisor to issue new guidelines about margins following last week’s event.

Effective Thursday, January 22nd at 5PM Central Time, the NFA is temporarily increasing margin requirement transactions in the Swiss franc, Swedish krona, and Norwegian krone. For the franc, minimum margin is being raised to 5%, the krona and krone at 3%. Each currency had been previously set at 2% margin, or 50:1 leverage.

While the changes to the franc fall within conclusions numerous brokers around the world have independently arrived at over the last week, the inclusion of the krona and krone reveal that the NFA is eyeing other currencies that could see a collapse in their liquidity if volatility rises. The changes are part of Section 12 of the NFA’s Financial Requirements which allows them to temporality increase margin “under extraordinary market conditions.”

While officially a temporary change, among global regulators, the NFA’s forex requirements are some of the toughest with margin requirements well above European counterparts, as well as high minimum capital requirements for forex brokers. As such, the current changes could be the prelude to ongoing discussions among NFA members for tighter margin rules in the future.

Isn't it a little late to start raising margin requirements. The damage is already done. Maybe the NFA should have taken this action when the SNB started their dumb peg idea.

I recently stopped trading the Swedish Krona due to the ridiculous high spreads especially around rollover time. Now with the higher margin requirement it will be even easier for us small players to get a margin call or even a hedged stop out.

Confirmed: The increase in margin requirements is only for OTC forex. FX Futures contracts are unaffected by this decision. You can contact CFTC from the article link if you have any other questions.