The United Arab Emirates continues to position itself as a preferred destination for financial brokers who are looking to enhance their presence in the Middle Eastern region. Forex Magnates reports that BMFN has strengthened its position in the UAE market by collaborating with a domestic brokerage firm, Noor Capital (website Noor Markets). BMFN earlier announced its Middle Eastern launch through its Dubai set-up.

Dubai’s fragmented financial marketplace has been a magnet for banks and brokers looking to take advantage of the country’s hot money as developed markets contract and mature. BMFN joins a number of international firms, including City Index, which recently acquired local regulation in the fastest growing market of the GCC.

Noor Capital, a regulated firm with the country’s central bank, has been a strong player in the domestic market, prior to gaining its license the firm operated as an IB. BMFN’s CEO, Paul Belogur, pictured, explained to Forex Magnates in an exclusive comment why the two firms have forged a relationship, he said: “I believe Noor Capital realized that BMFN is a perfect to partner to run its operation in the UAE because of a number of things. We are just the right size as a company to appreciate the addition of the UAE Central Bank licenses to a portfolio of BMFN’s global licenses as well as a partner with $100 million paid in capital. Noor recognized that BMFN’s sales distribution and network of IBs can benefit both companies by offering the UAE Central Bank license and local deposits to clients.”

BMFN has been a key provider of FX trading to investors across the Asian markets, its aim to extend its foothold in the Middle Eastern and South Asian region comes through its new partnership. Noor Capital already has an extensive network across the region, the firm has a large client base and offices in Dubai, Cairo and Kuwait. 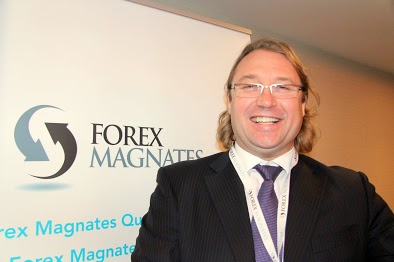 Margin FX regulation in the GCC’s financial capital, Dubai, is confusing as firms can receive approval from three different bodies. However, a central bank approved firm holds resonance across the GCC as it has the authority to market its products to residents of other gulf nations, including Saudi Arabia, Qatar and Bahrain.

Mr. Belogur added: “With addition of the UAE Central Bank license BMFN is planning to use Noor’s business slogan at full extent ‘Deposit Locally – Trade Globally,’ it is now becoming more and more apparent that customers from the GCC are not keen to send money overseas and like the Europeans and Americans would like to deal with the local brokerage companies that are licensed and offer equal services and products.”

Dubai is facing a harsh battle with neighbour Abu Dhabi, as the oil rich state has set its eyes on creating a financial eco-system, one that challenges Dubai. Despite the UAE’s main stock exchange being established in Abu Dhabi, the country’s commodities and derivatives venues have set up their abode in Dubai.