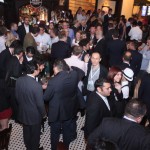 Bitcoins are set to take center stage at this year’s IFX Expo with the two-day event’s last panel discussion of “Digital Currencies – If and How They Are Changing the FX Industry.” The panel will discuss the importance of Bitcoins and other digital currencies as an emerging technology and how it applies to the online foreign exchange industry which includes aspects of both trading and payments. Appearing on the panel will include members from Leverate, Polycoin, YuuPay, Tal Ron, Drihem & Co., Law Firm and Latypoff Technology Lab, with the discussion moderated by Digital Currency Magnates.

For an audience of brokers, conducting a panel about digital currencies is expected to be a great fit as it involves two aspects that are key for the industry; trading and payments. At last year’s event, bitcoins begun to attract greater interest from the online brokerage space following a spike in prices, due in part to last March’s Cyprus financial crisis. However, while speaking to attendees last year, the majority were skeptical of the future of Bitcoins and why they even matter.

This time around, bitcoins as a trading instrument is less of a curiosity as it has become available for trade from numerous brokers. Firms are also realizing the marketing potentials availed by bitcoins as it has proved to attract business from a new subset of potential customers.

Less understood, but perhaps where the greater opportunities lie, are digital currencies as a payment technology. Stripping out the price volatility and whether one believes it matters if bitcoins are centrally backed or not, bitcoins offer an efficient means of money transfer. The classic example is that of remittance, where a foreign worker could purchase bitcoins with a 0.5% to 1.0% fee from an ATM and send them for nearly free to their relatives in their home country, which could then convert immediately into their local currency for also a 1% fee. Even taking into account spreads, the total transfer for a $500 transfer could cost under 3%, which is below the figure offered from cross-border money transfer providers. The costs are also well below fees brokers face when accepting credit card and alternate payment transfers from clients in regions with less established financial networks. As a result, this is an area where the Bitcoin payment product provides opportunities.

Among firms in the space, Digital Currency Magnates spoke earlier this year to Polycoin’s CEO, Alfred Shaffir, whose firm is providing technology for brokers and online businesses to both receive deposits and issue withdrawals in bitcoins, for accounts denominated in major currencies like the US dollar, euro and yen. About this, in early talks I had with IFX Expo attendees today, discussion about bitcoins, two-way bitcoin payment processing as a form of reducing payment costs was an item that quickly made sense to them and was viewed as a potential value add to be offered to clients.

Share this article
Tags: bitcoin / brokers
Got a news tip? Let Us Know