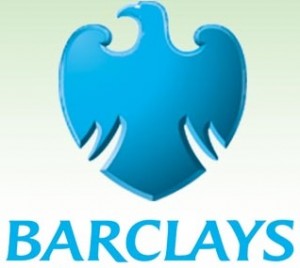 The full year profit for Barclays PLC in 2014 increased by 12% as the U.K. headquartered bank set aside another $1.15 billion (£750 million) for foreign exchange fixing manipulation related settlement charges.

This makes the provisions for ongoing investigations against the bank’s conduct total $1.9 billion (£1.25 billion). According to analysts from Morgan Stanley these figures might be the tip of the iceberg when it comes to litigation costs in the coming years, as additional investigations of business conduct aside from foreign exchange continue.

The CEO of the company, Anthony Jenkins, commented in the earnings report about the foreign exchange probe, “We remain focused on addressing outstanding conduct issues, including those relating to Foreign Exchange trading.”

“I regard the behaviour at the centre of these investigations as wholly incompatible with our values, and I share the frustration of colleagues and shareholders that matters like these continue to cast a shadow over our business. But resolving these issues is an important part of our plan for Barclays and, although it may be difficult, I expect that we will make significant progress in this area in 2015,” he said.

The company has become entrenched alongside numerous other banks in price fixing of certain foreign exchange benchmarks. Recent reports, suggested that Barclays’ settlement with regulators in the UK and the US, otherwise close to an agreement, is being held back due to the New York Department of Financial Services’ probe.

The London-based bank’s CEO already stated late last year that previous provisions of £500 million were likely to be insufficient when related to settling forex manipulation allegations in 2015.

Share this article
Tags: fx-fixing
Got a news tip? Let Us Know