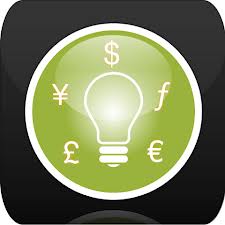 One of the leading Australian brokers providing foreign exchange and CFD trading services, ThinkForex, has shared with Forex Magnates’ reporters that it obtained a UK. regulatory license. The company’s application with the UK watchdog has been approved, confirming the links between new senior appointments at the company and an expansion in the firm’s UK office.

The company is now regulated in two jurisdictions – in Australia by the Australian Securities and Investments Commission (ASIC) and in the UK under the Financial Conduct Authority (FCA).

ThinkForex has hired a number of executive for positions in its London offices with the latest new position being filled by Stefan Lucas as Group Head of Marketing. A slew of recent hires by the company’s UK office has prompted speculation that ThinkForex could be obtaining its FCA license soon.

The firm also brought onboard Gareth Thomas as Managing Director and James Raiski as Head of Institutional Sales.

Nauman Anees, co-founder of the group, commented: “We are delighted to announce the approval of our FCA licence to the market, which, in addition to our ASIC licence, positions the group strongly to address our global expansion strategy in the months and years ahead.”

Faizan Anees, co-founder of the group, added: “We are committed to hiring the best talent in the industry, and the recent appointment of both Gareth and James are key building blocks in what promises to be a year packed full of surprises for the industry.”

FCA License Remains a Must for Global Operators

Brokers targeting global operations are attracted by the universal acclaim by industry professionals that an FCA license brings additional credibility. While the UK watchdog has a serious reputation that is going to be put to the test by the recent Swiss franc turmoil,  it’s likely to leave a lasting impact on the forex industry.

Speculations about more obvious displays of negative balance warnings are already circulating across the industry, while some regulatory bodies are already enforcing tighter margin requirements. A number of brokerages have already started updating leverage ratios offered to their clients.

How FCA handles the Alpari segregated funds payout is going to be the determining factor of just how credible they are. Excel Markets (Global Brokers) not only admitted that they went bankrupt with margin funds, but that the client funds were segregated and they still processed withdrawals as usual. But then again, Excel Markets were run by honest people who didn’t run when things got tough. If the funds are truly segregated, a withdraw request can be processed in 1-2 business days MAX. There is really no reason why Alpari couldn’t process some withdraws prior to being placed in special… Read more »

@Jon – Citi answered that they can not comment further.

@Jon – Citi answered that they can not comment further.