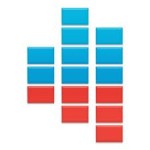 We generally don’t post about demo trading contests, but we are making an exception here due to the regional impact of the competition.

Admiral Markets has launched their 2013 round of ForexBall demo competitions. As in the past, ForexBall is a series of weekly demo trading competitions. This year they have upped the ante from 2012’s total prize money of $70,000 to a whopping $541,000 that will be distributed throughout the year.

Demo contests are a popular model for brokers to acquire new customers, with competitions becoming more competitive between firms, specifically, in Central and Eastern Europe. While the region was initially dominated by Polish XTB in the mid-2000’s, Estonian Admiral Markets has become a strong rival, as they have used similar tactics to XTB. To achieve rapid market share, Admiral has conducted a combination of aggressive demo competitions around its ForexBall brand along with opening local offices throughout Central and Eastern European nations. This has allowed them to successfully expand throughout the region and even successfully make inroads in XTB’s home Poland market.

Admiral’s half a million competition comes after XTB held a larger €1,000,000 contest in 2011. Although less than half the size of XTB’s 2011 prizes, Admiral’s announcement occurs as forex brokers have seen margins on trading declining as competition among firms has led to falling spreads. As such, it will be interesting to see whether XTB launches another trading competition to rival that of Admiral’s, or will another Central or Eastern European broker make a large gamble in the region.

In 2012 two participated in 2 contests of the forexball. This was not weekly contests, each of them was lasting for two weeks. I think Admiral Markets does good contests, also they had forexfight contest, which was good too.

You wrote “We generally don’t post about demo trading contests” could You please explain what the reason is for not posting about forex demo contests? any answer is very much appreciated.

@eli – we aim to publish industry related news that is geared towards professionals in the sector – news releases about demo contests and trading bonuses are aimed at retail traders. We may make exceptions if we feel there is a larger story that would be beneficial to report to our readers.

It is contests like these that are not helping the industry as it promotes carelessness with little to no attention paid to risk management. I get that it is a lead generator, but at what cost? They are completely setting traders up for failure by knowingly promoting aggressive trading practices and then go further by touting that others can learn from those winners – Its sad. There is a much better way of attracting leads/accounts through contests without knowingly promoting bad practices as these. Oh and I love the bit that the actual winner gets their prize deposited in a… Read more »

[…] USD Futures volume for March was  12,727 contracts over 21 trading days, as can be seen in the table below, which averaged to 584.38 contracts during the month. The contract is price […]

[…] at the banks latest annual report from 2013 we can see the interest that had been mentioned in electronic FX trading, when Daniel Pinto, CEO of Corporate & Investment Banking (CIB) at JPMorgan said, […]

[…] during a banks latest annual news from 2013 we can see a seductiveness that had been mentioned in electronic FX trading, when Daniel Pinto, CEO of Corporate Investment Banking (CIB) during JPMorgan said, […]

[…] at the banks latest annual report from 2013 we can see the interest that had been mentioned in electronic FX trading, when Daniel Pinto, CEO of Corporate Investment Banking (CIB) at JPMorgan said, “We’ve […]

i dont think forexball is going to give the prizes…
because i am one of the few winners of ignis round held form 29.06.2015 to 03.07.2015.
the reason for saying this is : they didn’t send a single email regarding the prizes ever since the contest ends…
no confirmation or anything…
no guidance
i am wondering that how did those guys know where to send prizes if they dont aks me for my live trading account number…
man i am confused as hell…
i think i just wasted my time participating in the contest…

Dear vampire, First, let me thank you for participating in the contest and congratulations on your win! I hope you will be participating again and I wish you future success! Maybe it’s time for you to try trading for real? Secondly, please do not be worried. We are a small team here and we always contact the winners of the ForexBall each week after the round ends, usually on Monday following the round end. So by now you (and other winners of the round) should have received an email from us, if not, please let me know by emailing info@forexball.com… Read more »