Admiral Markets today provided further evidence of its efforts to expand its reach, this time in the form of a MetaTrader 4 platform option for Apple MacIntosh users.

The original MetaTrader 4 platform relied on third party emulating software in order to ensure compatibility with the Apple Mac OS, which according to Admiral Markets was prone to frequent system crashes when users checked their emails, and did not support one-click trading and Expert Advisors (EAs).

Following much heated debate surrounding MetaQuotes’ approach toward third party software providers which have expanded the means around which the MetaTrader platform can operate, MetaQuotes announced the launch of its third party software marketplace at this year’s IFXEXPO in Cyprus, in a bid to ensure that it vets all applications and software solutions which integrate with MetaTrader to ensure compatibility.

On this basis, the new Admiral Markets solution just needs to be downloaded and installed; the emulators are integrated into the system, the need to laboriously run those programs has been cancelled, and one-click trading and EAs are available to investors. 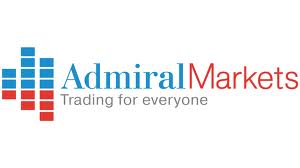 This is not the first time that Admiral Markets has attempted to provide its own MetaTrader compatible solution. Last November, the firm launched its MT4 Supreme Edition which contained functions built in into the platform, eliminating the need to navigate away from the terminal for extended information and service.

The new features include analytical data feeds, a pip calculator, social media updates, a multi currencies trading terminal, one click trading, a market depth tool as well as promotional and educational offers – all provided directly in the MT4 platform. Clients therefore don’t have to leave the terminal to avail themselves of valuable market info, professional trading tools or innovative training opportunities.

“Apple users who traded on the standard MetaTrader platform so far faced many restrictions, like frequent system crashes and limited features”, stated Admiral Markets’ Vice President Dmitri Laush on behalf of the firm.

The software is available for both MetaTrader 4 and MetaTrader 5, and according to the firm, does not differ in terms of reliability from the windows equivalent.

“This gives the many apple users the opportunity to use all the established MetaTrader platform features for their trading and to enjoy the authentic Admiral Markets trading experience on the latest version of Mac OS – without expensive emulating software” said Mr. Laush.

The company began its expansion program in ernest in January last year, with the acquisition of a license to operate in Australia, granted by ASIC. More recently, the firm gained regulatory approval and was granted a license from the British Financial Conduct Authority (FCA) in order to increase presence in Western European markets, and the firm’s Admiralex subsidiary was granted regulatory approval by Cypriot regulator CySEC just last week.