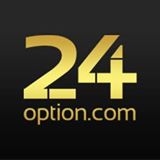 24option, one of the biggest binary options brokers in the world, has signed a partnership agreement with world famous former German tennis star Boris Becker.

After the binary broker signed a partnership agreement with one of Italy’s leading sports teams last year, the Juventus Football Club, 24option turns to new audiences by sponsoring Boris Becker, once the number one male tennis player in the world and the current coach of Novak Djokovic.

Such high caliber endorsements from sports symbols, such as Juventus and Becker, helps brokers to broadcast to traders that they are the established players in the market and distinguished from the competition. In an industry that new entrants pop up all the time, 24option seems to decide it needs to go all in with the strategy.

Boris Becker commented, “trading with 24option is secure, accurate, and delivers superior customer service. I am delighted to be involved with another Number 1 brand.”

Becker is a six-time Grand Slam singles champion, an Olympic gold medalist in doubles, and the youngest-ever winner of the men’s singles title at Wimbledon at the age of 17. Becker also won five major indoor championship titles including three ATP Masters World Tour Finals (he reached eight finals altogether making him third overall behind Ivan Lendl and Roger Federer, who have both reached nine), one WCT Finals, and one Grand Slam Cup. He won five Masters 1000 Series titles and eight Championship Series titles. Tennis Magazine put Becker in 18th place on its list of the 40 greatest tennis players from 1965 to 2005.

“We’re proud of this partnership agreement with a legend like Boris Becker. We are both leaders in our respective fields, on a global scale,” added 24option.

Share this article
Tags: 24option / brokers
Got a news tip? Let Us Know