Forex Tournaments, often called Trading Tournaments, Fantasy Trading or P2P Trading, are a new social way to trade on the financial markets. So far, social forex has mainly been about copying the trades of successful traders. Now, traders can compete with each other, instead of competing against the whole market (including, in some cases, the market makers themselves).

How Do Forex Tournaments Work?

In Forex Tournaments, traders choose an asset, an expiration time (among the ones pre-set by the platform) for a trade, a certain goal they think the asset will reach and an amount to trade. For example: “within four hours, the USD will increase by 65 cents against the EURO, with an investment of Euro 5.” Traders are ranked in real-time by their performance.

The higher the spread between the initial value of the asset and the target they correctly predict, the higher the ranking. At the end of the preset trading session, the traders’ ranking in the top 50% double the traded amount, before fees are levied and regardless of where they rank. There is no difference between being in the 1st or 10th place, as long as they are ranked within the top 50% . The other 50% lose what was traded.

What Are the Advantages of Forex Tournaments?

The key benefits for traders who trade on Forex Tournaments include:
– total transparency: the platform has no vested interest in the outcome of the trade
– high engagement: in addition to the profit factor, there is a level of competitiveness which kicks-in, making the trading experience more entertaining
– competing with peers: this  levels the field, instead of having traders trying to outsmart the market makers
– known KPIs: the potential ROI, loss and set targets for the chosen assets are all determined in advance. There are no surprises when it is time to cash-out the profits

These come with several benefits for the Forex Tournaments operators as well:
– no room for “conspiracy theories”: traders are not going to assume a trade was delayed, not placed, quoted with an incorrect value, etc. Those variables make no difference for the operator’s profit line
– high retention and fast pace: traders tend to come back and place several trades with simultaneous expiration times, increasing the operator’s profits
– risk-management: KPIs are known before the markets decide which trades are successful. The operator bears no risk nor exposure. Some traders will place themselves in the money, some will not. The risk is balanced by the way Forex Tournaments are structured, independently from the outcome of a given tournament.

What Are Some Examples of Forex Tournaments?

Currently, operators active on the US market are more focused on the educational aspects of Forex Tournaments. They offer tournaments with no entry-fees and small prizes. They may also have incremental prizes, instead of the 50/50 structure.

Operators licensed for the EU markets, such as 50Delta, stick to the 50/50 format, and do offer the opportunity to trade and profit in real money. They usually do not accept US traders.

About the author: Frank Ravanelli works as Performance Marketeer and fractional CMO for several eGaming and FinTech companies. In his capacity as industry veteran (he started in 1995), he helps clients to grow their business, leveraging performance marketing.

Share this article
Tags: Community / trading
Got a news tip? Let Us Know 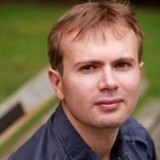 Frank Ravanelli, Performance Marketeer and fractional CMOFrank Ravanelli is a Performance Marketeer and fractional CMO. He focuses on Binary Options, US Fantasy Sports, EU Forex Tournaments, Casino Management, Affiliate Marketing and Media Buying/Lead Generation. He is helping innovative FinTech and eGaming Companies to grow their business in a sustainable way.He has been doing eMarketing since 1995, and he has been in eGaming since 2002. As a senior manager, he worked for several eGaming operators and networks. He is now working as an independent contractor for European and US eGaming Companies. He is a regular presenter at iGaming and Performance Marketing conferences, and a regular contributor to FinTech and iGaming magazines. He studied casino marketing and management at the University of Nevada in Las Vegas.He has also managed the affiliate programs of selected US, non gaming, public Companies, including B2C (for the leading US real estate database, cloud storage provider, etc.) and B2B (financial SaaS solution). He helped to market one of the most successful motion picture crowdfunding campaigns.
wpDiscuz