The guest article is written by Robert Taylor.  He is a professional Forex trader who offers training and mentoring for new and experienced traders that are struggling to make money consistently from the markets on his website Tradeforexmakemoney.

After almost 2 years of negotiations a deal has finally been reached to curtail Iran’s nuclear program for up to 10 years, in return for the lifting of economic sanctions. Before the sanctions were imposed Iran was a major producer and supplier of oil. So will this potential new supply have an effect on the price of oil? How will traders position themselves in the event of this additional supply coming into the market?

Oil prices have been very depressed of late with concerns over a China slowdown and the strong dollar. Although oil can be traded very technically, the long-term trend is fundamentally driven. Now you only have to look at any chart of Brent or WTI to see that we are in a very large downtrend.

At the time of writing this article, Brent is trading around the 55 dollar a barrel level and WTI is at 51 dollars a barrel. Analysts do not expect Iranian oil exports to be full restored until 2016, but some experts talk of oil reaching 10 and 20 dollars a barrel, on this potential new supply to the market, but don’t hit the sell button just yet.

Financial experts and professional traders generally factor in events like this, don’t forget this deal has been in the pipeline for months, so a certain amount of this new supply has already been factored into the price in my opinion. So we may see a slight rally in prices before another leg down.

I think the real issue is whether Iran’s oil supply is restricted or not. Iran is obviously keen to get on line and start selling their oil again, but I believe there will be a restriction imposed on how much they can produce, until the price of oil has stabilized, or demand has increased. Any restriction imposed will have an effect on oil prices obviously, but even if they do not impose a restriction and allow Iran to got to maximum output, I think 10 dollars a barrel is not going to happen anytime soon, if at all. When all the experts say sell, it’s generally the best time to buy.

But although I am not in any hurry to go long oil, I would be looking to sell any rallies in price, as I think we need to test 50 dollars a barrel for Brent and 40 for WTI in the medium-term. 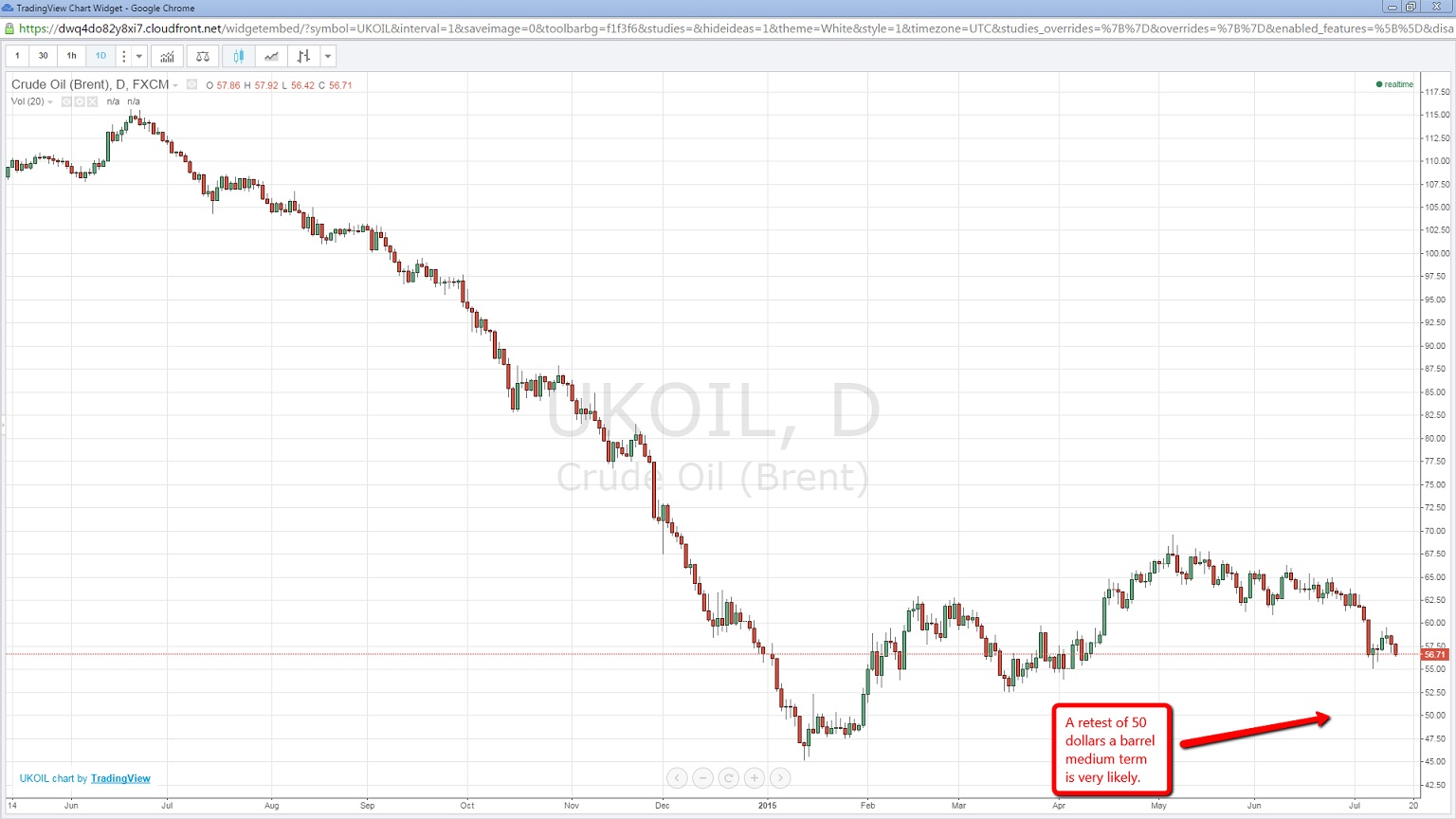 Brent to Retest 50 Dollars a Barrel on Iranian Deal?
wpDiscuz