“This is your chance to manage a team of Premier League stars and fight for glory during the 2010/11 Barclays Premier League season! Choose from some of the best players on the planet, fine tune your tactics and you could be savouring the sweet taste of victory come May.”

Now to be honest, either you’re the type of person who’s into fantasy football or either you’re not. I think a lot of it depends onwhether you like playing PC games such as Championship Manager / Football Manager. Obviously this online game from BARX is much more diluted – there aren’t the options you’ll find in PC counterparts.

However, it can be a great deal of fun. Firstly, it’s in synch with the real Premiership season in England, arguably the most exciting league in the world (Spain’s Primera Liga and Italy’s Serie A might have a word to say about that), but the point is, “the beautiful game” is most definitely experienced in most of it’s glory in the Premiership. 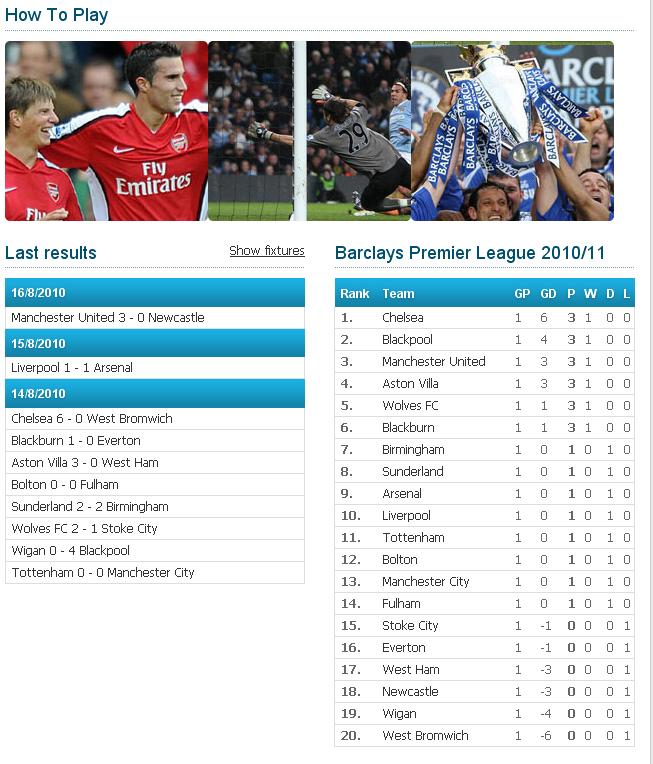 For those Americans reading this, if you are still lost concerning what this whole article is about – don’t worry about it, it’s not your fault you live in a country which regards “football” as a game you play with your hands.

Anyway, so exactly how does this work. Those of you familiar with fantasy football style games need no introduction, but for those who still aren’t sure:

“Fantasy football gives you the chance to step into the shoes of a football manager and take control of your very own team. You pick the players, balance the imaginary budget and make transfers in the quest for glory and some fantastic prizes. The players you select will score points based on what they do in real-life Barclays Premier League matches. The team that gains the most points over the course of the season will top the overall standings.”

Pretty cool hey. Give it a go if you’ve never tried it. You never know – you might just get hooked.

Newcastle will bounce back!!!

Newcastle will bounce back!!!