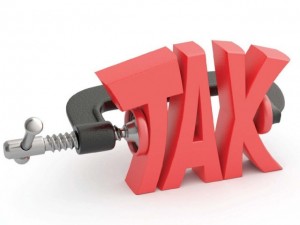 A federal jury in Fort Lauderdale, Florida, has acquitted Raoul Weil, a former UBS executive, of charges that he conspired with US clients to hide over $20 billion from the Internal Revenue Service (IRS) between 2002-2008.

As Global Head of Wealth Management at UBS, Mr. Weil’s position was considered the 3rd highest ranking position at the investment bank. He was arrested whilst on holiday in Bologna, Italy, in 2013 on a US fugitive warrant.

Mr. Weil remains the highest-ranking Swiss banker prosecuted under an IRS and Justice Department crackdown on offshore accounts operating with the purpose of evading US taxes. In 2009, UBS was forced to pay a $780 million fine and disclose names of over 5,000 US account holders to the IRS, many of whom were later prosecuted for admitted tax evasion between 2000 and 2007. Credit Suisse  also pleaded guilty and paid a $2.6 billion penalty. The payments were able to grease the cogs of justice sufficiently for UBS to avoid prosecution on tax evasion irregularities.

Mr. Weil did not testify and his defence attorneys declined to call witnesses to the stand whereas several other former UBS employees provided evidence against Mr. Weil. All those called to the stand were immune from prosecution and confirmed that Mr. Weil was deeply involved in hiding approximately $20 billion from the IRS. Martin Liechti, the former UBS Head of Banking in the Americas, testified that Mr. Weil knew that thousands of accounts didn’t comply with US tax laws yet did nothing to rectify the status quo. Former clients testified as well, all substantiating the prosecutor’s case.

After a short one hour deliberation, the jury returned a not guilty verdict for Mr. Weil who could have received a 5-year prison sentence and a $250,000 fine if found guilty of defrauding the US government. In this instance however, the smoking-gun-wielding senior Swiss banker was able to secure an acquittal with blame falling on “subordinates” – some of whom were on the stand giving evidence; neatly immune, sloppily complicit.

The IRS has indicted and prosecuted other foreign banking executives in the recent past. Renzo Gadola, a UBS Wealth-Management executive between 1995 and 2008, received five years probation after acting as a whistle-blower and disclosing names of UBS employees who were actively evading US taxes on behalf of clients.

Another former UBS executive, Christos Bagios was accused of helping US clients conceal over $500 million from the IRS. In a similar case in Los Angeles last month, a retired senior vice president at Israel-based Mizrahi Tefahot Bank was acquitted on charges of helping US customers conceal assets.

The IRS claimed that as a senior adviser with significant oversight responsibilities, Mr. Weil and his subordinates used a variety of methods to obfuscate the actual tax exposure of thousands of wealthy individuals.

In an interview with Bloomberg, Nathan Hochman, former Assistant Attorney General commented, “The verdict shows you the difficulty of going after senior management who can at times blame the bank’s customers and lower-level employees for the bank’s mistakes.”

In a farcical case where UBS have already admitted legacy tax evasion cases, in precisely the periods when Mr. Weil was Global Head of Wealth Management, Jason Poole, the prosecuting attorney said, “He [Raoul Weil] did everything he could to promote and protect a profit-making business that was highly illegal for US taxpayers.It’s a simple story of greed and making money. It’s simple, straightforward, offshore tax evasion. He was participating in it. He was involved.”

In response to the charges, Mr. Weil’s defence argued that the witnesses were unreliable and complicit in the very crimes they were accusing Mr. Weil of committing. Mr. Weil’s defence attorney, Michael Menchel exclaimed, “It had nothing to do with Raoul Weil or anybody above him. There’s no evidence in this case that Mr. Weil knew and much less participated in activities by low-level bankers who were violating the bank’s own policies.”

Mr. Menchel’s defence also raised the broader blame diverting point of reporting responsibility; “Whose obligation was it to pay the taxes? The taxpayers,” said Mr. Menchel.

The prosecution alleges that over 17,000 US taxpayers have concealed assets from the IRS via UBS accounts. Meanwhile, only 70 US-based clients and approximately 50 offshore individuals have been charged with tax evasion.

It seems that considerably more bankers have been given immunity than have been convicted. Mr. Weil’s case shows that often times perpetrators walk away without anyone being held accountable due to a tangle of immunity deals, finger pointing, foggy memories and a deviously twisted paper trail.

In 2013, after US authorities announced an amnesty on tax evasion prosecution if disclosures were made voluntarily, more than 100 Swiss banks and 43,000 US taxpayers applied to the US to avoid prosecution over offshore accounts.

When analysing how UBS and Credit Suisse have admittedly been operating, as well as how top executives (not to mention wealthy clients) have distanced themselves from any wrongdoing, a couple of observations appear to be necessarily true; tax cheats are far more attracted to carrots than they are afraid of sticks and the difference between ‘tax avoidance’ and ‘tax evasion’ is the thickness of a prison wall.