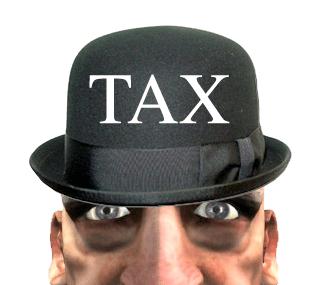 Italian equity derivatives traders will feel the brunt of a new tax introduced by the government from the 1st of September. Italy’s parliament approved the Financial Transaction Tax (FTT) bill in December 2012, a new charge that traders pay to trade in selected financial instruments. Italy and France have been the first of 11 European nations that have opted to introduce the financial transaction duty. The European Commission instigated talk about the FTT in 2011, a levy in financial transactions which aims to regulate and stabilise markets.

FXCM, a leading multi asset broker that is listed on the New York Stock Exchange, sent a notification about the new FTT rulings via an email to its clients today. The notification gave details about the proposed changes that will be affecting the FTSE MIB, on the FXCM platform the main Italian Stock Index is defined as the ITA40.

FXCM will widen the spread of the ITA40 by 10 pips (20 pips round turn) in order for the new levy to be paid. The FTT is to be paid by any client (regardless of their location) when transacting in Italian Equity Derivatives.

Challengers of the FTT have been arguing that the new tax will create an unfair advantage for instruments that are under the new regime, this will ultimately divert volume and liquidity to other asset classes that do not have additional transaction charges. Carlo de Casa, a Forex Analyst at Activtrades, believes that; “traders may consider other indices similar to the Italian one, such as the IBEX (the Spanish Index), or the popular and established, German DAX.”

The new tax may also change trader behaviour, as traders explore new strategies and mechanisms to surpass the tax. The tax is charged on the total value of the transaction, and as a result, traders may opt for lower value transactions. Forex Magnates believes that the new tax will have an impact on trading volumes, as seen by data on the Italian stock exchange post securities tax earlier this year and the Commodity Transaction Tax imposed by India’s government.

Italy introduced the first element of the FTT earlier this year in March. The tax was to be levied on equities. As expected, the market reacted negatively to the new charge and volumes significantly reduced. According to data from Bats Chi-X Europe, volumes dropped 12% in March from January and February, the total value of trades equaled  €2.72bn for the month of March.

Italy and the FTT

The key points of the new law are as follows, from the official government website:

The new Financial Transaction Tax is expected to be rolled out across 11 major European countries. The eleven nations include France and Italy as well as; Germany, Spain, Belgium, Austria, Greece, Portugal, Slovakia, Slovenia and Estonia. The UK has been outspoken about the proposed tax and London’s Mayor, Boris Johnson has gone as far as saying: “German and Italian banks should move to the UK if FTT is introduced,” in a statement to the media.

The Financial Transaction Tax is expected to bring in around £30 to £40 billion per annum in revenue for authorities.

so what about futures on these derivitives?

FYI, the italian (and french) FTT has nothing to do with the plans of the EU commission, they did this on their own. It doesn’t look like the commissions FTT plans are going to be implemented at all – it depends on the german elections this month. Merkel’s party basically stopped supporting it.

In Italy and France, its alive and well. I don’t think there will be a FTT in Germany if the current coalition stays in power, which seems likely – but it depends on who will win the elections in a month really.