This guest blog post is written by Vladimir Bezruchenko

ABOUT THE AUTHOR: Vladimir Bezruchenko is an independent trader based in Kiev, Ukraine. He has been actively trading from home since 2013. He specializes in US natural gas futures (NYMEX Henry Hub) and high-yielding commodity currencies.

Ukraine’s national currency, hryvna, has been under constant pressure since early last year due to wide uncertainty induced by local political instability and economic decline. The currency lost 66% of its value over the course of one year and some 43% in just the last month.

Such wild volatility prompted the government to intervene and impose new rules and regulations, culminating on February 25 when the regulator prohibited most foreign currency trading among legal entities until February 27, a decision that most commentators described as sheer panic. Ukraine’s central bank (the NBU) effectively closed the interbank currency market and created the situation where it became impossible to determine the true value of hryvna. 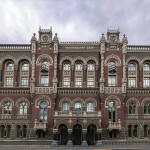 However, less than a day after imposing its ban on currency trading, the NBU abruptly reversed its course on February 26 and removed the ban. It has been reported that NBU actions drew strong criticism from Prime Minister Arseny Yatseniuk (himself a former head of NBU) and so the central bank did a sudden U-turn without giving any explanations.

Later that day the Finance Minister Natalia Yaresko and NBU governor Valeria Gontareva gave a press conference where they said that the recent plunge in the currency was driven by pure speculation and was completely unfounded. They also gave assurance that the exchange rate would stabilize once the country receives funds from the IMF.

Indeed, Ukraine is on the verge of bankruptcy and urgently needs additional funds to support its external financial position. The IMF, which is already actively negotiating with the government, has said that it was ready to assist Ukraine with foreign exchange.

While it is clear that the IMF bailout would help alleviate the situation, Ukraine still must introduce swift and dramatic economic reforms in order to ensure the country’s long-term prosperity. There are three major issues that need to be tackled:

3. A low level of trust in the national currency among the population