FX traders and brokers with remaining exposure to the Turkish lira should brace for additional volatility in the exchange rate at market open and beyond. Caution is of course also recommended to those with any exposure to leveraged Turkish stocks via CFDs.

On Friday the Turkish Lira suffered the biggest one-day drop since October 2008 following the alleged failed military coup attempt in the country – the TRY/USD fell as much as over 4.5% to the 3.0157 level which it had not visited since January 2016. However, since the market closed for the weekend, a lot of new developments happened on the ground in Turkey that might make the currency either continue to fall or bounce back sharply. 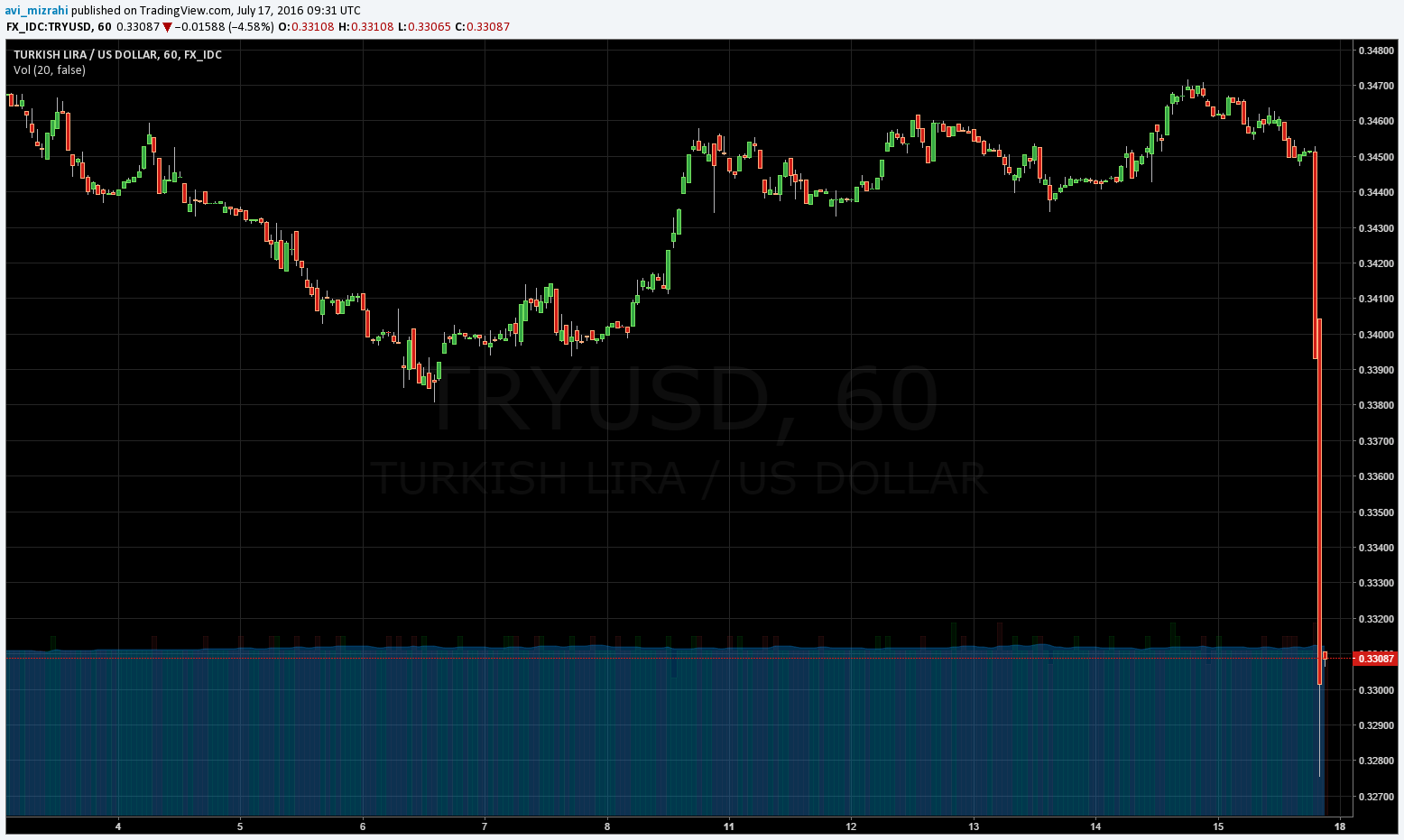 Strong volatility and sudden falls in value are not new to the Turkish lira, as we have sadly seen this before when investors were reacting to news of terrorists attacks in the country. This time however the long term effects on the currency (and the Turkish stock market) might be more prolonged as the event was not an outside terrorist attack, something that is all too common these days, but a severe domestic show of instability.

If investors will fear that the Turkish economy is heading south, with the all important tourism sector damaged for years, the Turkish lira might get into a more long term bearish trend. One the other hand, confidence in the Erdogan government’s ability to restore growth might be regained now that it is centralizing power in the country and removing political opposition.