According to the latest batch of data filed by the Futures Commission Merchants (FCMs) and Retail Foreign Exchange Dealers (RFEDs) with the Commodity Futures Trading Commission’s (CFTC) Division of Swap Dealer and Intermediary Oversight, retail forex funds in September marked a second straight monthly decline, shedding another 2% in the most volatile month of the year so far. 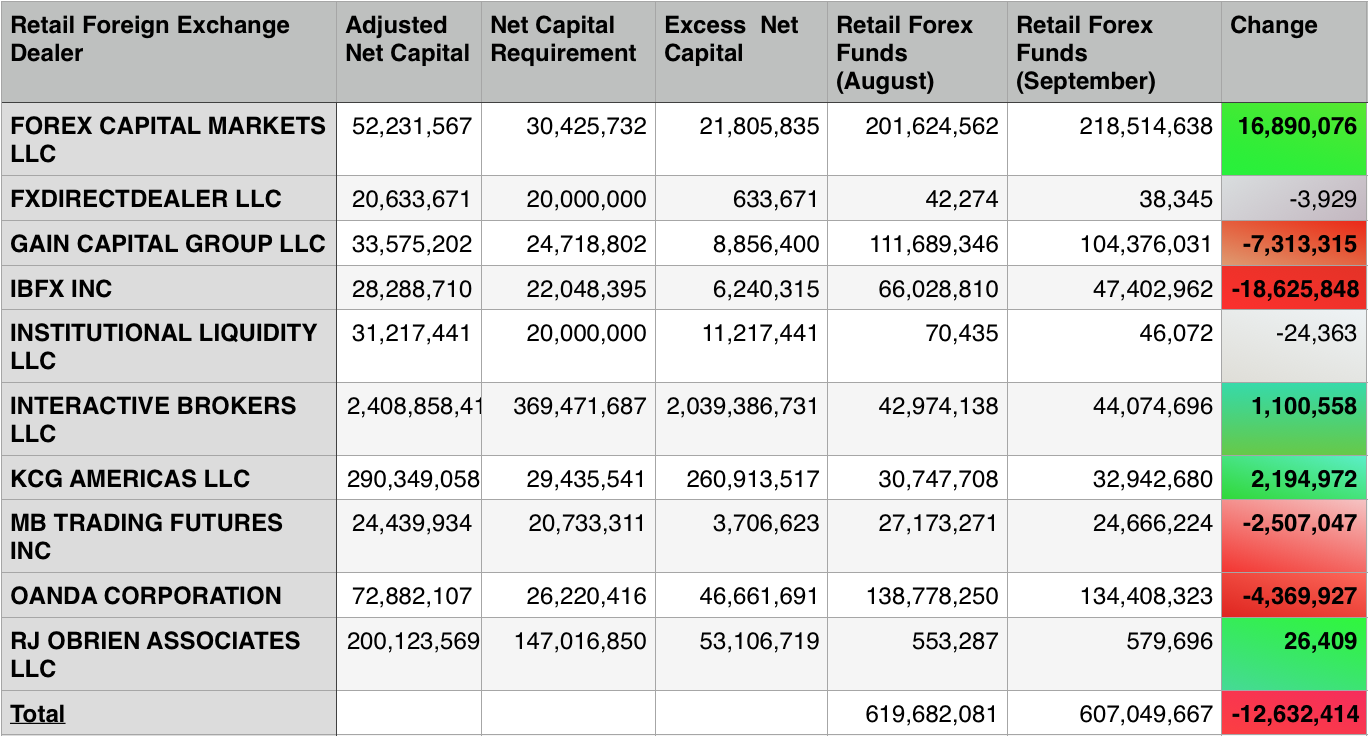 This month’s FCM data finally reflects the change in the U.S. marketplace after FXCM Inc (NYSE:FXCM) acquired a number of MT4 accounts from IBFX in September. Retail forex funds rose by $16.9 million in September, while IBFX lost $18.6 million. This brings the market share of the leader on the U.S. market to about 36% – up 3% from the month of August.

According to the official announcement back in September, FXCM Inc (NYSE:FXCM) reported that it had acquired approximately $63 million in client equity and 13,000 MT4 accounts from IBFX U.S. and Australia. With the FCM data available, Forex Magnates estimates that somewhere between $15 and 20 million of those funds were from U.S. accounts. 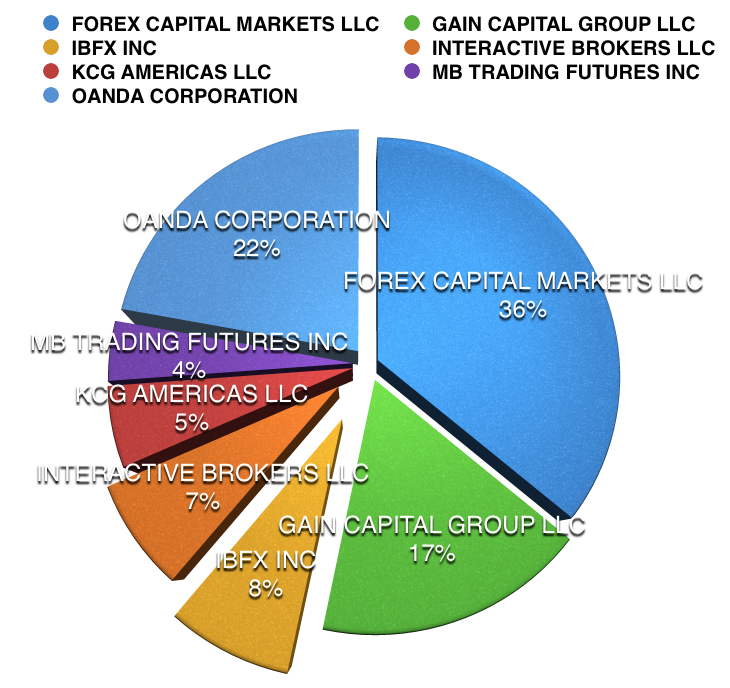 While customer deposits at OANDA have dropped by $4.4 million, the company retains its second position with 22% of the total. Clients of GAIN Capital now hold $7.3 million less, which brings the company’s market share down one percentage point to 17%.

MB Trade’s clients reduced their funds by $2.5 million, while clients of KCG Holdings recovered their holdings by $2.1 million.

While this may be a speculative assertion, the increased volatility on the FX market in September could have surprised many traders, hence the decline in absolute numbers of client funds revealed by the CFTC FCM data for September could be directly tied to the trading losses on customer accounts.

I need to file a complain with NFA on FXCM Raw pricing. They told me it was Raw when they upgraded my account to Active Trader 2 years ago. This Raw i see now is lower than I had with them on commission model. anyone else was mislead by the word Raw on their active trader account 2 years ago? same BS they did with slipping stop but not limit. when will fxcm learn their lesson. They are rotten to the core…from top to bottom. Please join me in the NFA complain. Please post your comment here. Thanks

We worked with our liquidity providers to further reduce pricing, and we are now able to offer even tighter spreads than what was previously available.

All account types are now eligible for the raw spread + commission pricing with additional benefits for Active Trader and Private Client Group traders.