In financial terminology, certain markets are often described as ‘emerging economies’ while some are referred to as ‘developed’. There are also ‘frontier’ economies and growing number of acronyms, among which ‘BRICS’ is the easiest one to decode. How this may relate to the forex industry?

Up until 1981, before the term ’emerging markets’ was popularized by Antoine W. van Agtmael, Deputy Director of the Capital Markets department of the International Finance Corporation (IFC), economists used other terms, such  as the widely-used ‘Less Developed Country’ (LDC). However, this was considered to be a politically incorrect term which also did nothing to clarify the complex characteristics of an emerging market.

The competitive edge of sorting out the global marketplace lies in spotting the next markets and being there with your products.

Today those lists are being stormed by ‘inventions’ such as BRICS, CIVETS, EAGLEs, Fragile Five, MINT or  N-11. But what all those mystery acronyms mean? Should companies aiming for new markets take a closer look at how modern, global economy is categorized? Does it matter where do brokers search for their new market share?

This goes far beyond semantics. Deciphering the global marketplace’s new categories may give a competitive edge in spotting the next markets and being there with your products.

In a recent exclusive interview to Finance Magnates, GAIN Capital’s CEO Glenn Stevens has discussed the firm’s expansion focus in the LATAM and MENA regions. So where are the next “BRIC”s for building your business strategy?

Got you curious? Hurry up and order your copy of the QIR! Contact: janetp@financemagnates.com 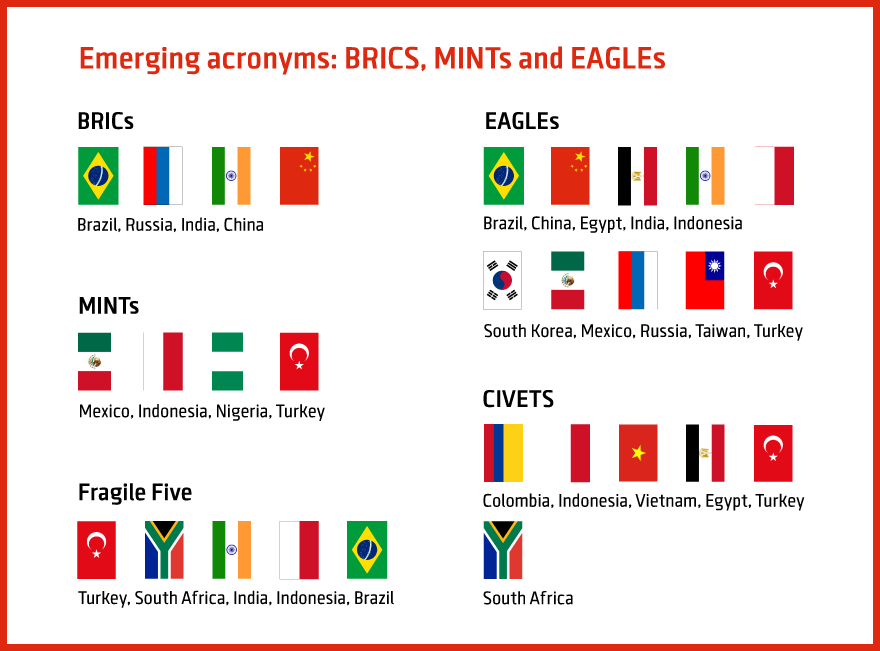