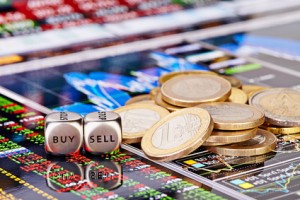 As the currency market praises the newly acquired strength of “king dollar,” and market analysts are highlighting the staggering five percent third quarter US GDP growth number, the main reason for the decline of the euro is not only that.

The Greek parliament has failed to elect a new president in a second of three votes requiring parliamentary supermajority. While the governing coalition’s nominee Stavros Dimas has picked up support of eight independent members of parliament, the required 200 out of 300 votes have not been secured.

During the third vote scheduled for the 29th of December, the supermajority requirement is reduced to 180 votes, with the current result of the president nominee standing at 168 votes.

The euro currency is trading below the 1.2200 mark, currently at 1.2170, spelling that the Euro Zone crisis is not over yet as anti-austerity movements gather political speed across the continent, and Greek Coalition of the Radical Left (SYRIZA) is likely to be victorious in parliamentary elections next year.

Still a win doesn’t warrant a government particularly when so much is at stake for the country. Harsh rhetoric from the leader of SYRIZA, Alexis Tsipras, has revealed the plans of the radical left to default on a big chunk of its foreign debt and renegotiate the conditions of repaying any outstanding foreign debt.

Share this article
Tags: dollar / euro
Got a news tip? Let Us Know