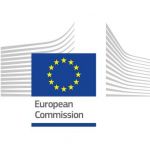 Jean-Claude Juncker, President-elect of the EU Commission, unveiled a revamped structure and a new team of Vice-Presidents and Commissioners earlier today. The new team (dubbed ‘TeamJuncker’) will work at the heart of Europe’s bureaucracy on a long list of issues including employment, investment, financial market regulation, foreign policy and energy autonomy.

The prime issues are of course economic and directly relate to the unsustainable level of public debt in the Euro-zone parallel to shortfalls in fiscal discipline across most European countries – especially the larger, more influential ones like France, Germany, UK and Italy. For this reason, the key posts in the EU Commission are arguably the Economic Affairs and Financial Services posts which have gone to Mr. Frans Timmermans and Mr. Jonathan Hill.

Luxembourg: The Cradle of Neutrality


Jean-Claude Juncker is a European political veteran. Having served as the Prime Minister of Luxembourg from 1995 to 2013 makes him the longest-serving head of government of any EU country. Mr. Juncker also served as Luxembourg’s Finance Minister from 1998 to 2009 and President of the Eurogroup from 2005 to 2013. His tenure has spanned the entirety of the EU sovereign debt crisis.

The new President-elect was selected by a majority of MEP’s in a secret ballot, supported by 26 of Europe’s 28 sovereign states. However, controversy and Mr. Juncker have become synonymous due to his macroeconomic and political views, as well as his decisions on austerity and bailout conditions over the past 5 years. His comments at various events during his political career suggest Mr. Juncker supports a ‘federalist’ European system which includes a banking union. As one of the architects of the European single currency, Mr. Juncker is naturally a leading advocate for deeper EU integration, causing significant friction between several European countries including the UK. 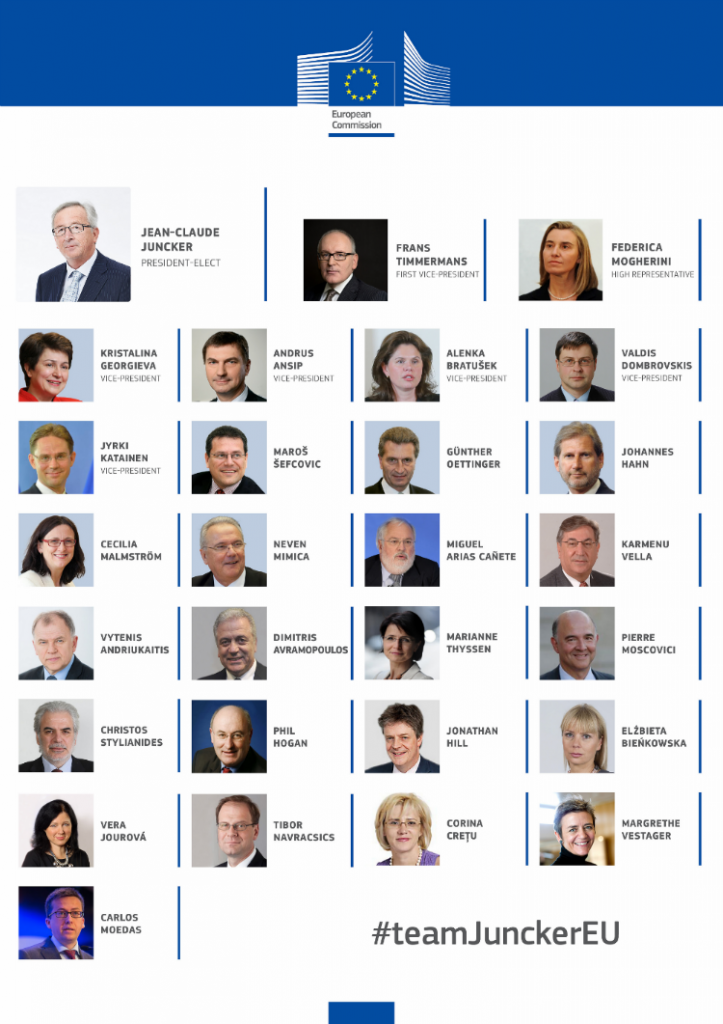 Mr. Juncker was quoted as saying: “After years of economic hardship and often painful reforms, Europeans expect a performing economy, sustainable jobs, more social protection, safer borders, energy security and digital opportunities. Today I am presenting the team that will put Europe back on the path to jobs and growth.”

The restructuring announced today, combined with a significant reshuffle of positions, raises various interesting possibilities regarding the future course of European economic and political affairs.


The EU Commission’s structure will now be comprised of 7 Vice-Presidents who will each lead a ‘Project Team’. They will be steering and coordinating the work of a number of Commissioners “in compositions that may change according to need and as new projects develop over time.” The EU Commission says it wants to “break down silos and move away from static structures.” The various project teams have been specifically selected to tackle each of Mr. Juncker’s political guidelines published in July 2014, serving as the basis for his selection as President-elect. 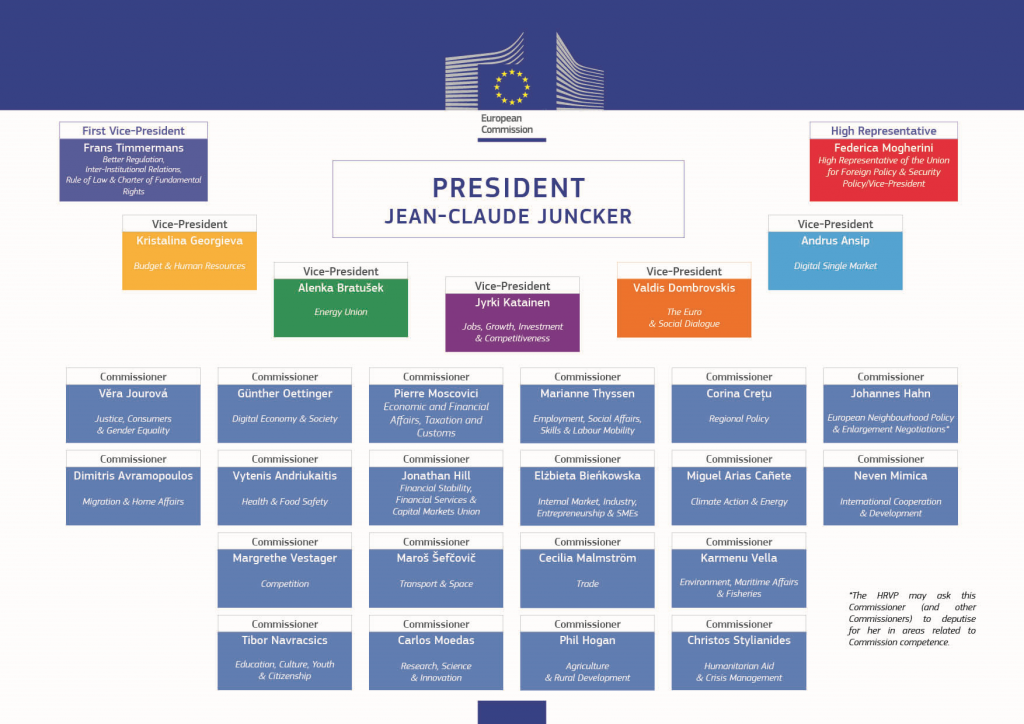 For the first time, the EU Commission will have a dedicated Commissioner “dedicated to a better regulation agenda.” First Vice-President, Frans Timmermans, has been named in this new post and is expected to handle all regulatory matters including financial. This new post and Mr. Timmermans’ decisions will be key as the financial services industry hurtles towards major changes over the next few years in areas of regulation, jurisdiction and competition.

The new “Financial Stability, Financial Services and Capital Markets Union” project team will be headed by Jonanthan Hill, a member of the House of Lords in the UK. His appointment has been greeted favourably by British Prime Minister, David Cameron, given its influence and importance in future policy developments. Future changes on how financial markets operate and responses to future financial crises will be the responsibility of Mr. Hill. In an official statement, the EU Commission stated: “The new portfolio under Mr. Hill will ensure the Commission remains active and vigilant in implementing the new supervisory and resolution rules for banks.”

According to EU Commission rules, commissioners are supposed to act in the interests of Europe rather than in their national interest. The College of Commissioners acts as a cabinet and effectively operates the EU’s departments originating policy and adjudicating disputes.

One aspect of the new-look EU Commission that has riled some European policymakers is the appointment of Frenchman, Pierre Moscovici as Head of EU Economic Affairs, despite France not being able to present a single budget that conforms to EU deficit rules since 2008.

The European Parliament is expected to approve the provisional EU commission later this year with Mr. Juncker’s team taking the reins on November 1st, 2014.