After a major surge in volumes at the beginning of the year (up 55% in January), the trading volumes for DMM have continued to fall month-after-month until now, hurt by the low volatility in the popular YEN/USD currency pair.

DMM investors should not be satisfied with this rebound, despite the good news after such a long period. All Japanese brokers have been suffering similar declines in volumes this year, but earlier this month, the Tokyo Financial Exchange (TFX) posted a 15.1% uptick in volume MoM and just today GMO Click reported an impressive 25% jump in volume. This could mean that the growth of GMO’s volume might have come at the expense of DMM. It should be interesting to see if the rest of the Japanese brokers follow GMO or DMM in their August figures. 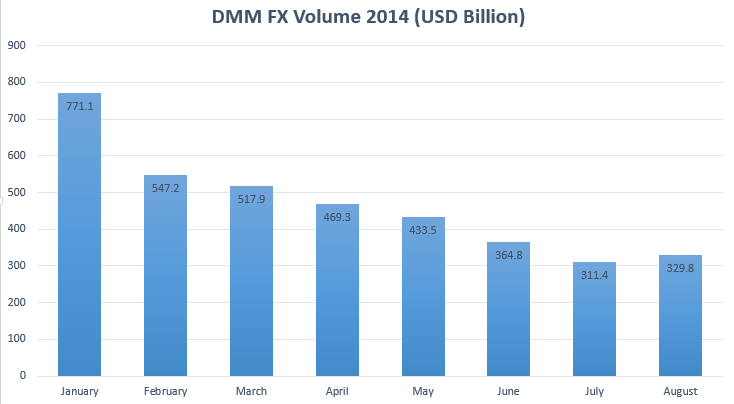