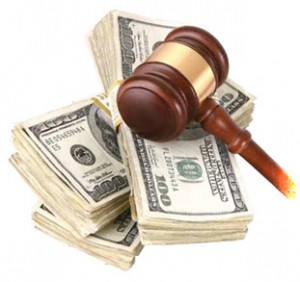 One of the most infamous cases of fraud, which blew up around the financial crisis, is coming to a conclusion. The owner of the company Boston Trading and Research LLC, Craig Karlis, was sentenced to nine years in prison and commissioned to pay to defrauded victims of their forex scheme $4,378,306 by the U. S. Federal Court of Massachusetts.

Mr. Karlis still faces the verdict in a trial which was started by the SEC in 2010, charging him of defrauding more than 700 clients of his company, Boston Trading, out of about $30 million after soliciting them to invest in managed forex trading accounts with the firm.

The firm was founded by Karlis and his business associate, Ahmet Devrim Akyil, who is still a fugitive. The U.S. Attorney’s office purports that he is hiding in Turkey. The partners started soliciting investors to invest money for trading on the forex markets back in 2007 and claimed that they traded with their customers’ money.

You can guess where it went from here – the “businessmen” used customer funds to pay for their and the firm’s expenses and purchased luxurious real estate, cars and jewelry, while concealing the losses realized from trading with their customers’ funds.

Once the financial crisis hit the wires, it wasn’t long before the forex scheme surfaced and caught the SEC’s attention.

The two men had claimed to their clients of having a stopgap mechanism which allowed them to shut down trading after a client’s equity diminished by more than 30%, according to the prosecution.

Instead, in August and September 2008 the company lost about 90% of its customers’ funds which amounted to more than $30 million. The remaining 10% was disbursed to the clients of Boston Trading Research LLC back in 2008 when the scheme was uncovered.