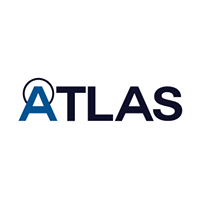 Following an email update to its clients regarding this news, Atlas ATS has followed with a press release about the launch of its Atlas 2.0 exchange platform supporting trading of digital currencies including alt-coins (alternative coins) as well as options for digital currencies.

The platform is being described as Wall Street grade, using a FIX api protocol for trading connectivity, and Perseus Telecom provides a managed private network to reduce latency and provides a globally secure framework for users of the Atlas 2.0 platform.

The company is registered in the U.S. as a Money Service Business (MSB) with the Financial Crime Enforcement Network (FinCen), and has operations in Hong Kong as well. The new platform provides trading for major alternative digital currencies, derivative products, and has a new multi-signature transaction wallet and a larger selection for advanced order types for clients using the FIX interface.

As described above, Atlas ATS made the preview available to existing clients ahead of the public announcement, in a communication dated March 22, and the new platform version was noted as for both its Hong Kong and North America-based digital currency exchanges. The company also alerted users that all open orders on the system are being cancelled for the upgrade of the platform, and how clients will need to enter new orders once the system upgrade is completed (noted in the email transcript).

Part of the new features on version 2.0 include major Alt Coins such as litecoin and namecoin, and the press release described how Atlas ATS now supports three major alt coins providing more products to trade, as well as Digital Currency Options for bitcoin and litecoin.

Just days ago TeraExchange, a regulated Swap Execution Facility (SEF), announced that it finalized a swap agreement for Bitcoin, as reported by Forex Magnates. Now we have Options on digital currencies announced by Atlas ATS, and with several online brokerages offering CFDs on bitcoin, and related alt-coins, it’s safe to say that digital currencies are continuing to gain traction in the world of online trading and investing as a means to gain exposure to these instruments in addition to purchasing the underlying assets directly.

Commenting in the press release, Shawn Sloves, CEO of Atlas ATS said, “Atlas ATS is pleased to expand our product offering to Options for our sophisticated global trading market participants,” and concluded, “We now offer two types of option contracts ‘Calls’ and ‘Puts’, which confer upon the owner the right to buy and sell, respectively, the underlying crypto-currency at a set ‘strike’ price on a given ‘expiration’ date.”

Atlas ATS presently offers two types of options contracts ‘Calls’ and ‘Puts’, which enable users to trade the right to buy, or the right to sell the underlying crypto-currency at a set ‘strike’ price on a given ‘expiration’ date. Fees on options trades follow the same add/remove (e.g. maker/taker) model, with regards to premiums. The rebate earned when adding liquidity is 0.1% and the fee for removing liquidity is 0.3%.

Advanced order types available via FIX API, on Atlas 2.0, include trailing stops, stop limit, market, reserves, discretionary and mid-point peg orders. Additional order types will be made available to website and Web API users in the next major platform upgrade, according to the press release description, and a new Multi-Signature wallet for improved security will also be part of the update.

One of the biggest concerns for digital currencies have been related to security, following a wave of bitcoin thefts and hacks, highlighting the challenge of securely storing the digital money in a way that best protects users, without undue burden.

The newly enhanced wallet for Atlas 2.0 supports some 180+ alt coins, and provides a multi-signature, read-only wallet with cold storage. Additional alt coins were said to be added over the next few weeks, and that the firm is working to expedite payment services and banking services to create more options for funding trading accounts.

Just a few weeks ago Atlas ATS CEO, Shawn Sloves appeared on Fox Business TV, interviewed by Maria Bartiromo shortly after CME’s CEO, Terry Duffy shared with her his skepticism about digital currencies in comparison to traditional fiat currencies, such as foreign exchange backed by sovereign bodies, while admitting that CME is looking at digital currency but only to a small degree.

During the interview, Atlas ATS CEO, Shawn Sloves said how his company’s platform was developed as an institutional enterprise platform as well as for retail clients, and how what differentiated it was the incorporation of regulatory related familiarity such as with applicable CFTC and SEC rules, including standard Know Your Customer (KYC) and Anti-Money Laundering (AML) compliance related issues that affect the administrative process.

Coupled with the background of the developers having experience in proprietary trading firms, and the enhanced digital currency walleting system, he thought these were factors that separated Atlas ATS from the competition, as per the video transcript of Fox interview.

Bitcoin is falling. Mtgox closed down and now vircurex and other exchange are closing too. Lol

A few online exchanges does not a digital currency make. Bitcoin is bigger than MTGox. By your logic Walmart closing down would stop shopping. Grow up. Lol

Can FM provide a link to the FOX video interview?