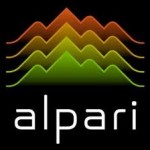 [UPDATE:  Correction made to Certain Volume Figures and Data Labeling] According to data posted by the Alpari RU website, and translated from Russian, at the end of October 2013, the total number of accounts opened had surpassed 1 million mark for the first time in the company’s history, and thus setting a new in-house record.

The volumes were driven from turnover of Alpari Russia and through its activities in the CIS region, which compared with the previous month increased by $10.6 billion (or by 8 %) to $137.4 billion for October, and reflected a year-to-date (YTD) cumulative total of $1.339 trillion from January to the end of October 2013.

The group reported a strong September, as covered by Forex Magnates recently, and during October the most significant increase in turnover and instrument traded was from trading in GLDUSD, with trading volumes increasing to $2.3 billion (a 37 % increase) according to the official press release today.

As per the release, the large growth of trade turnover in October 2013, in addition to the above mentioned pair, was from the following two currency pairs: EURUSD, which rose by $6.2 billion or 10%, and trading in the GBPUSD pair which rose by $0.5 billion or 10 % over September.

This news follows recent changes in the global strategy for the brand including on the US market – which was reflected in the most recent CFTC data for FCMs, and the announcement of a new CEO for its UK entity after announcing an end to its offering of a certain auto-trading provider.