The Bank of England has issued data of net lending flows of firms to small and medium sized enterprises (SMEs). The figures include companies participating in the Funding for Lending Scheme (FLS), a program to incentivize banks and building societies to boost lending to the UK.

Topping the list of lenders to SMEs during Q3 were RBS Group and Lloyds Banking Group with £290 million and £275 million in net loans respectively. Listed third was Aldermore which netted £83 million in loans to SMEs.

Although the firm, along with other P2P lenders are competing against banks, and growing market share at its expense, Funding Circle doesn’t view itself as direct competition to traditional banks. The firm explained to Finance Magnates that more than competing with banks, online marketplaces have the opportunity to fill the void of unmet lending demand that banks can’t fulfill. Funding Circle representatives cited partnerships with Santander and RBS as examples where the online lender works together with banks. As part of its strategy, Funding Circle has also partnered with local business bureaus to help provide funds to neighborhood businesses.

James Meekings, Co-Founder and UK Managing Director of Funding Circle, added: “Whilst the Funding for Lending scheme has helped, take up has not driven substantial increases in net lending because it doesn’t solve the cumbersome bank lending process. New forms of innovative finance are growing exponentially however, as they offer a fundamentally better all-round experience to small businesses.” 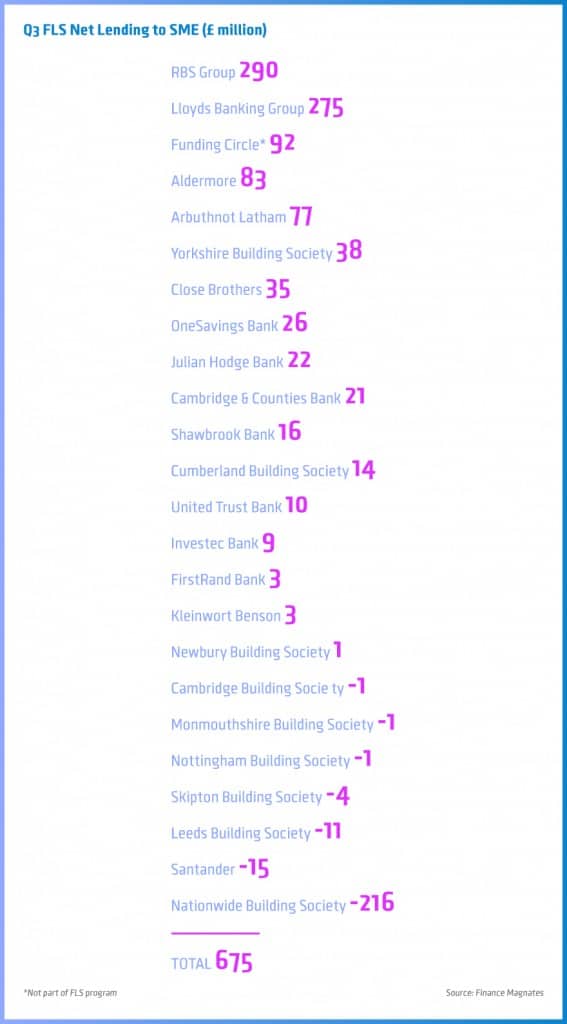