This fall, Citi is currently organizing the fourth class of its Fintech Accelerator Program in Israel. The program is one of many fintech related events being sponsored by Citi and is part of an active year for the bank assisting the fintech startup scene. Beyond their accelerators, Citi has also presented a mobile challenge to spur innovation in mobile banking, with participants from across the globe. Among their coming events are global Fintech Expos being held within their Innovation Labs.

While Citi is fully focused on both committing monetary and human resources to advancing innovation in financial technology, the bank is also the target of disruption in its existing business. Growing sectors such as marketplace lending are aiming to replace the need to use banks to source loans while online banks are providing consumers with all they need at a touch of their smartphones without ever needing to enter a branch physically.

The result is that on the one hand, as a global bank Citi has a massive target on its back as new waves of fintech startups compete to grab a slice of their business. On the other hand, the firm is showing that it is not sitting on its laurels and is both creating its own and fostering external innovation that can be used to succeed in the future.

With this crossroad in mind, Finance Magnates spoke with Lyron Wahrmann, Director of Citi Innovation Lab, Tel Aviv, and Ruth Polachek, Head of Citi Accelerator and External Innovation, to learn more about the bank’s fintech plans for the future and for countering digital disruption.

Partnering for the future

Citi isn’t alone with its hosting of accelerators and sponsoring fintech events. Like other banks, one of the common themes of the benefits of supporting startups is to gain a ground level view of innovation in the financial technology sector. In addition, banks like Citi are able to see how they are viewed externally, and how firms plan to compete against them. As such, by partnering with startups, incumbents have an easier path to integrate new technology within their services, and learn where they should focus their existing resources.

In Citi’s case, through their Citi Mobile Challenge, by providing an API of credit and banking information to participating startups, they were able to learn new ways that their existing technology and data could be used to create new solutions such as for handling cross-border payments, efficiency in credit card processing, fraud prevention and gamified financial services.

According to Polachek, their accelerator program has also been an important factor for driving innovation within Citi. Located within Citi’s own fintech R&D labs, startups in the accelerator receive guidance from Citi executives and developers. For Citi, this provides them with the ability to see first-hand innovation taking place. While on the surface many startups may be creating products that are beyond Citi’s core business, they are still partnership opportunities for the bank. Examples include working with fintech startups that are creating consumer facing payment products to help them overcome challenges related to collecting and processing transactions. In this example, Citi gains what could be a long term business customer for their credit card processing unit. In addition, it provides Citi a ground floor opportunity to market the startup’s solution to their own retail banking customers.

For Citi, the accelerator has also borne several natural partners for their banking business. Participating in the third class which ended this past June were Wayerz and OffLA. While Citi couldn’t comment on specific partnerships they have forged with startups participating in their programs, both Wayerz and OffLA have been sourced to have signed proof of concept relationships with a large bank to test their banking solutions.

Beyond gaining more insight into fintech innovation and partnership opportunities, Citi has also gained positive goodwill as a sponsor of innovation in the fintech startup community. Speaking to several startups participating in the accelerator, they were overwhelmingly positive of their experience, and cited numerous instances of the program helping them open networking doors at large financial institutions- including rivals to Citi.

Innovation to learn about client needs

While Citi has been successful in creating programs for fintech startups which they can leverage to benefit from, their bread and butter of technology is their internal R&D department. With regard to their Innovation Lab, Wahrmann explained that an important part of their work is releasing new products and features and learning how they are being used by customers.

As an example, Wahrmann cited the Citi Velocity FX trading platform. Primarily a desktop platform, the Innovation Lab was tasked with creating a mobile app version that would meet the needs of their institutional clients. At the time, due to institutional FX trading being dominated by desktop solutions, there was very little evidence of demand for a mobile app. However, Wahrmann explained that by releasing a mobile version of Velocity, Citi was able to show how such a tool would be used by their customers. The ultimate result was that actual uptake has been high. For Wahrmann and the Innovation Lab team, the product was an example that revealed the importance of continually releasing new products, as one doesn’t always know what the next big thing will be. 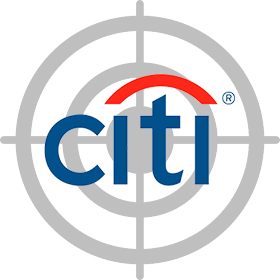 With the emergence of fintech startups in the consumer banking, lending, and personal finance space, a large part of their message is the ability to offer greater efficiency that the larger and slower moving financial giants don’t provide. Examples are statements from marketplace lenders that they can process and fund loan requests in hours and not days, simple and low cost long-term investing products from robo-advisors, and online banking solutions that provide users with spending and savings reports on their phones.

Many large banks and financial institutions however counter that in fact the opposite is true, and that fintech competitors are simply promoting high cost examples that are outliers. Like others in the big bank world, Wahrmann also believes firms such as Citi are being targeted unfairly. However, Wahrmann did state that this is a problem for larger firms. As a solution, he explained that it is important for banks to focus on educating their customers to alert them of the many benefits Citi can provide.

On this, Wahrmann cited mobile and online banking as an example. He explained that the reality is that Citi has had these features for many years, and many of the innovations being marketed by online only banks isn’t new. However, Citi still has to battle the stigma of being a large and expensive bank. Wahrmann though believes that part of the education process is continuing to provide products that customers want to use.

Consumer vs Institutional: A larger playground

Warhmann noted that much of the fintech disruption that is taking place is on the consumer side of their business. Their institutional facing unit has yet to see many fintech startups emerge as competitors. Warhmann explained that this is due to the two factors; size and market perception of safety of funds.

With regard to the institutional sector, there are many services that require the large scale of a global bank. This can include facilitating the handling of multi-million and sometimes billion dollar credit arrangements as well as the scale necessary to conduct complicated security trades around the world.

Nonetheless, even though competition from disruptive startups may be minimal, the institutional sector is highly competitive. In this arena, the world’s largest banks compete against each other. As such, for them, fintech and the integration of technological innovation to service their clients is a major expense of their business. The result is rising costs to fund internal R&D projects, as well as acquisitions of fintech startups to purchase new technology that can provide a bank with a competitive advantage.

As a result of the rising costs related to banking technology, smaller players have been driven out of less profitable business lines where they can’t compete with larger and more heavily funded players. When asked whether this would lead to consolidation of weaker players, Wahrmann had two thoughts. On the one hand he believed that consolidation was inevitable. However, he also stated that not every bank has to own their own technology, and that there are plenty of great solutions that can be licensed by smaller tier 2 and 3 regional banks to support their clients.

A global financial services conglomerate, there are very few areas of the financial sector and globe that Citi doesn’t have its hands in. Their present size and breadth is a direct result of their past ambitions to be a leader in bundled finance, combining markets such as retail and commercial banking, investment banking and sales and trading. With their Innovation Labs, Fintech Expos and accelerator programs, Citi is now looking towards shaping how its bank will look in the future.

Share this article
Tags: citi / fintech
Got a news tip? Let Us Know