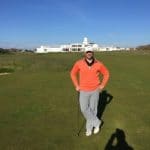 GKFX lost the services of Jacob Plattner, one of the group’s managing directors, who parted ways with the broker after a stint of nearly one year. Mr. Plattner originally secured the services of the former Alpari UK executive back in May 2015, having spent time in the foreign exchange (FX) industry at a number of leading venues. Consequently, Joe Rundle joined, who will be succeeded by Mr. Plattner.

FundX, an alternative lending fintech group, added a new veteran hire to its ranks last week, securing the services of Phil Foweraker as its new Business Development Manager. Mr. Foweraker joined FundX after nearly fifteen years in the finance industry – in his new role he will focus on finance broking, as well as fintech lending in conjunction with brokers. FundX is a marketplace invoice financing platform which caters to multiple channels of clients, including brokers most prominently. 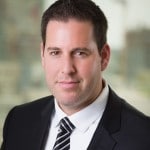 The Financial Commission (FinaCom), an independent provider of compliance solutions, appointed Nir Porat, Co-Managing Partner at Ben Basat, Porat & Co., as its newest member of its Dispute Resolution Committee (DRC) last Wednesday. Mr. Porat is currently the Co-Managing Partner at Ben Basat, Porat & Co., an international law firm based in Tel Aviv. He specializes in both corporate and international law departments, boasting expertise in such realms as capital markets, including foreign exchange (FX), binary options, electronic clearing, and others. 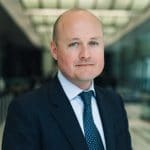 JPMorgan bolstered its credit product development team with a new senior hire, appointing Ryan O’Grady as its newest head after a lengthy tenure with the lender. In his new role as the Head of JPMorgan’s Credit Product Development Team, Mr. O’Grady will focus exclusively on the group’s international syndicate work, where he will continue to be based out of London. Previously, he served as the co-head of the lender’s Global Debt Syndicate, having stepped into the role over the past few years. 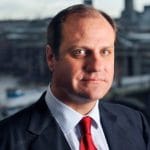 Citi secured the services of Gavin Michael, who joined the lender from JPMorgan Chase to serve in a technology role last week. Mr. Michael will be leading the group’s technology operations at its consumer bank. In this capacity he will be reporting to Citi’s Global Consumer Bank Chief Executive Officer (CEO) Stephen Bird, replacing the outgoing Mark Torkos, who retired back in July. Mr. Michael will begin his new tenure only in November. 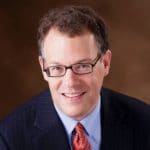 Credit Suisse Group hired former Acadian Asset Management executive Matthew Rothman as the bank’s head of quantitative equity research as the banking group pushes into Wall Street’s battle for tech-savvy quant analysts. He will help collaborate with the firm’s strategists and researchers, as well as the team running its HOLT analytics product. He will also help develop tools for running quantitative strategies. 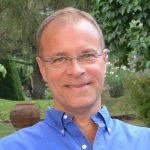 Intellect GTB appointed Mikael Estvall as its newest Senior Vice President (SVP) and Senior Business Development Manager – Nordics and Baltics last week. In his new role at Intellect GTB, Mr. Estvall will help oversee the group’s operations throughout Norway, Sweden, Denmark, Finland, Iceland, Estonia, Latvia, and Lithuania. In this capacity he will be based out of Stockholm, reporting to Mark Wilson, Intellect’s Business Head, Europe.

BAML’s Asia-Pacific head of transaction banking, Ivo Distelbrink, joined the global payment technology provider, First Data Corporation (NYSE:FDC), to lead its business in the Asia Pacific region. Per the move, Mr. Distelbrink will be tasked with developing First Data’s growth in the APAC market, a region in which the company has spent more than two decades offering innovative solutions.

Deutsche Bank saw another senior departure last week with the loss of Neil Abromavage, one of its senior most bankers, who parted ways with the German lender after sixteen years. Mr. Abromavage left Deutsche Bank after sixteen years, having worked as its equity capital markets (ECM) origination banker. He had served as a Managing Director and Co-Head of the Financial Institutions Group. It is unclear at this juncture where his next destination is, though the lender has already made contingency plans to soldier forth in his absence.