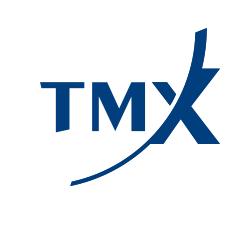 TMX Group Inc., the owner and operator of several multi-asset exchanges worldwide, has announced a shakeup in its personnel department, tapping Lou Eccleston as its newest CEO and face of the organization.

TMX Group was involved in a deal to acquire Strike Technologies last month, along with other notable partnerships earlier this year with risk management providers. In his new role as CEO of TMX Group, Mr. Eccleston will help manage the group’s initiatives and developments, whilst also serving on the groups’ Board of Directors.

According to Chuck Winograd, Chair of TMX Group Limited, in a statement on the appointment, “The Board of Directors undertook an extensive international search for our new CEO. It was clear that Lou has the right skill set, experience and proven track record to be successful in this critical role. It was also the Board’s view that he has the expertise and instincts to effectively lead the company in this rapidly-evolving operating environment.”

“I am honored to have been selected for this role, and I am very excited to be leading Canada’s national group of multi-asset class exchanges. I look forward to meeting and working with the TMX Group executive and employee teams to continue building on the great success they have already achieved,” added Mr. Eccleston in an accompanying statement.