TMX Atrium announced today the acquisition of the microwave network business from Strike Technologies Services LLC. With the acquisition, TMX Atrium will begin to offer a new US to Canada cross-border data connectivity using microwave technology. The product adds to their existing low latency data marketplace which provides connectivity to many of the world’s financial centers around the world. 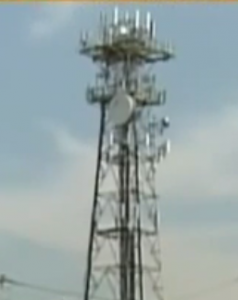 Most of the public is aware of fiber optic-based low latency technology which connects networks using ground based cables and is the basis of most of TMX Atrium’s data connectivity infrastructure. While fiber optic is fast, providing even lower latency than above ground microwave networks. The networks consist of small microwave dishes that are attached to towers and located in close proximity of each other (see image) sending data between locations. Using shorter transmission points than with fiber optic cables, as well as microwave signals being able to travel in air faster than below ground, the technology can be up to 50% faster to send data versus fiber.

However, due to the expense related to setting up and maintaining thousands of unobstructed microwave dishes, the technology is much less in use than that of below ground fiber optic cables. In addition, unlike fiber, which once installed becomes more or less hidden away from the public, microwave data connectivity can be slowed down if dish to dish connections become obstructed by inclement weather or items as simple as teenagers throwing their old shoes on the top of electric wires. As such, use of microwave signals in commercial data transmission use is limited to users requiring low latency connectivity between short distances.

Among Strike Technologies products, the firm is probably best known for its Chicago to New Jersey microwave network which connects the CME and Nasdaq data centers. The New Jersey to Chicago microwave link highlights the current TMX Atrium acquisition of Strike Technologies’ products. According to TMX Atrium, the company will extend the microwave network to include connectivity to the TMX Group’s primary data center in Toronto which houses the Toronto Stock Exchange, TSX Venture Exchange, TMX Select, Alpha and Montreal Exchange. The links will be based on existing fiber optic-based connectivity along the same corridors.