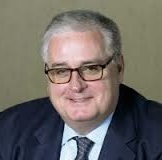 London based interdealer broker Tullett Prebon has announced today it had appointed former Nomura and Lehman Brothers executive John Phizackerley as chief executive, according to a report from Reuters. Phizackerley will take over on Sept. 1, Tullett said in a statement.

Phizackerley, who started his financial career as a research analyst, worked for more than 20 years at Lehman Brothers. After Lehman’s collapse in 2008, he joined Nomura, eventually becoming CEO for the Europe, Middle East and Africa region. He left the Japanese bank in 2013. 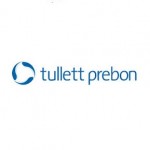 Having worked through Lehman’s failure and its subsequent integration with Nomura, Phizackerley has shown he can pull both a business and people through massive upheaval, a Tullett spokesman reportedly said.

Tullett Prebon has already announced last month that Terry Smith was stepping down from the top role to focus on Fundsmith, the asset management firm he founded in 2010. Tullett said Smith would continue to work as a consultant for the firm over the next two years, in an advisory role for the chairman and the board. The 61-year-old, will be paid 250,000 pounds per year for his services, it added.