Huw van Steenis, the longtime Morgan Stanley veteran banker and executive, has parted ways with the group to join UK asset manager Schroders, according to a Financial Times report.

Mr. van Steenis is the latest example of top tier talent leaving the banking sector to join a hedge fund or asset manager. He originally joined Morgan Stanley in 2002, having since worked as its managing director – his tenure has seen him assume the rank as one of the industry’s top rated analysts. His departure snaps a 14-year stint with the lender, which will see him step into a new role at Schroders in Q4 2016. 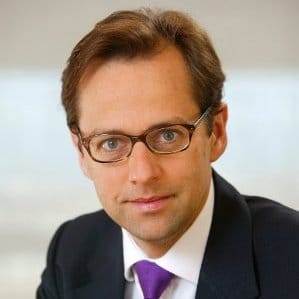 At Schroders, Mr. van Steenis will work as its Global Head of Strategy, focusing on developing the group’s medium- and long-term growth plans. Prior to joining Morgan Stanley in 2002, he held a variety of different roles at different groups, not specifically relegated to the banking sector.

This included senior level roles in fields such as the arts, as a stint as the Head of Diversified Financials Research at JPMorgan and SEM at the Boston Consulting Group, part of a lengthy career extending back to 1994, according to information made public on his Linkedin profile.