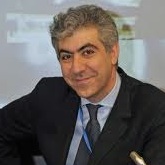 Reza Moghadam, the Director of the European Department at the International Monetary Fund (IMF), has announced his resignation from the fund and will be joining Morgan Stanley as its newest Vice-Chairman in Global Capital Markets.

Mr. Moghadam notified Christine Lagarde, the Managing Director of the IMF of his intention to resign, as he will assume his new role at Morgan Stanley in fall 2014. He has been with the fund’s European Department since 2011 where he played an instrumental role in helping facilitate important decisions and developments in Europe, following a lingering debt crisis that gripped the continent.

According to Ms. Lagarde in a recent statement on the resignation, “Reza led our engagement with European policymakers, was responsible for our lending operations in the Euro Area, and spearheaded the Fund’s response from one crisis to the next – including the most recent challenge in Ukraine. I have highly valued the incredible energy and creativity that Reza has brought to every task – from his capacity for crisis management to his effectiveness as a communicator, his full-on management style and ability to attract and nurture talent.”

Prior to Mr. Moghadam’s stint in the IMF European Department, he also worked as Director of Strategy, Policy and Review for the fund, having received an appointment in 2008 at the onset of the global financial crisis. In addition, he has also held other roles in dealing with the Asian financial crisis and the Exchange Rate Mechanism (ERM) calamity in the 1990s for the fund.

“Leaving the Fund has not been an easy decision and I go with a heavy heart. It has been an honor and a pleasure to work with such very talented colleagues for the past 22 years – staff, Management, and the Executive Board. It has also been a privilege to work with committed policymakers across the globe. But I look forward to a new chapter in my life and a new career, and to being back home in the UK with my family,” added Mr. Moghadam in an accompanying statement.

Share this article
Tags: europe / IMF
Got a news tip? Let Us Know